New Cloak Pics And An Announcement

I love everything about the pictures from my first Curtain-Along Cloak photo shoot, except that there was no snow.  Apparently Virginia doesn't believe in snow....  in February.  But I digress.  I was back "home" in Iowa over the weekend, where they have snow a-plenty!  (We have snow here in Michigan, too - but I never seem to have time to get out in it to take pictures.)  My sister Gretchen was kind enough to be my photographer for an afternoon, and we went out in the wooded area around my parents' new house on The Farm.  There may be one or two dogs running around in a couple of the shots.  :p


I wore all the same trappings as the last photo shoot, except the shoes.  The snow was too deep, and I don't have pattens for them, so I wore my anachronistic snow boots.  I also added the mob cap to my ensemble, which I think helps give a more historical feel.  The pictures on the beach, with my hair down, are much more fantasy-inspired.  Fun, but not terribly period-accurate. 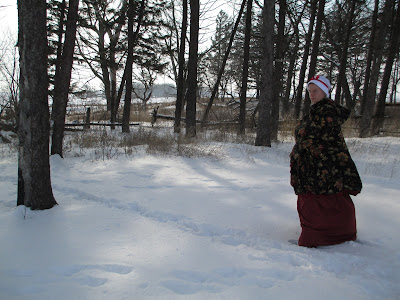 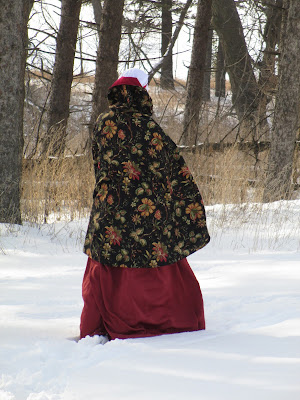 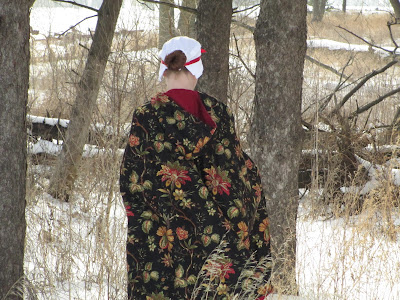 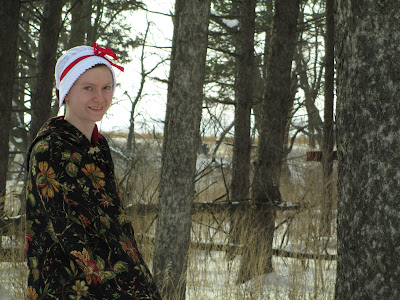 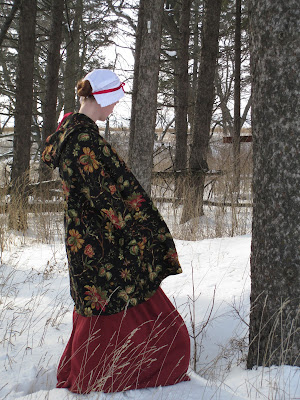 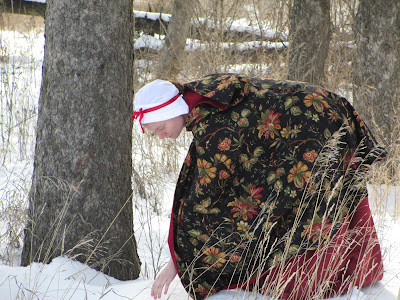 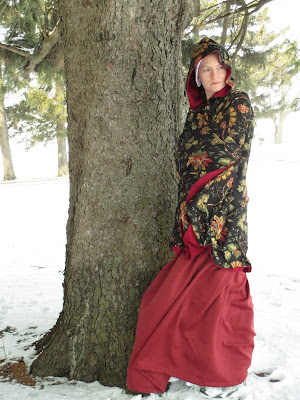 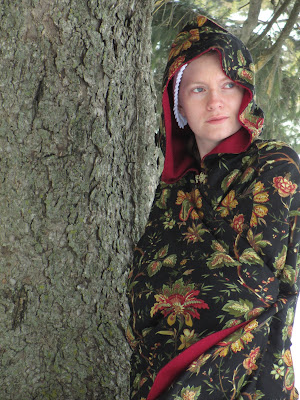 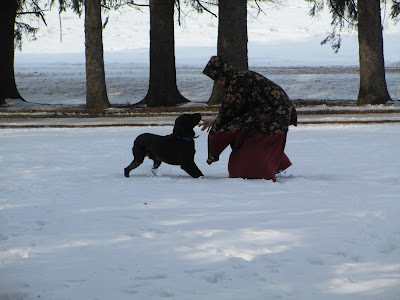 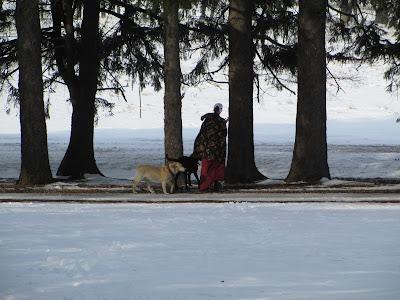 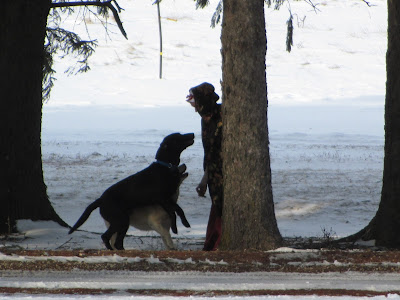 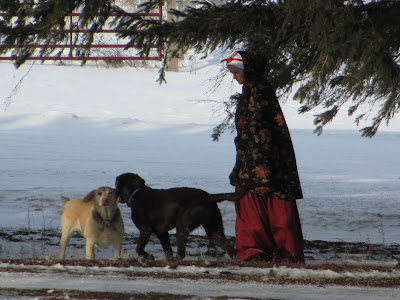 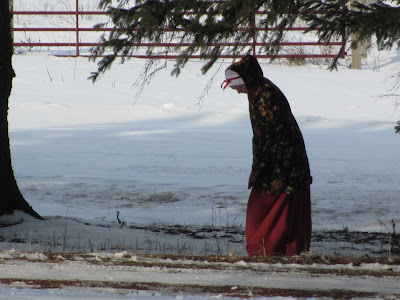 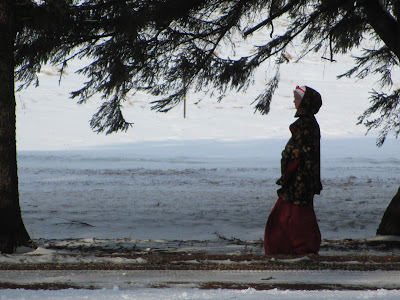 Now for the announcement:  I am moving to Virginia next month!  Yes, the Land Of No Snow is calling my name.  I shall adjust.  Anyway, I just found out last week that I got a job at the Colonial Williamsburg Costume Design Center, and I start April 22!  I am very excited.  :D

So my blogging may be rather sporadic over the next couple months, as I pack and move and settle in.  I still have plenty of sewing planned, and I will try my best to keep updating.  And I will definitely blog about all my adventures in Virginia!

Also, I finally figured out how to add my Etsy shop to my Facebook page, so check that out.  :)