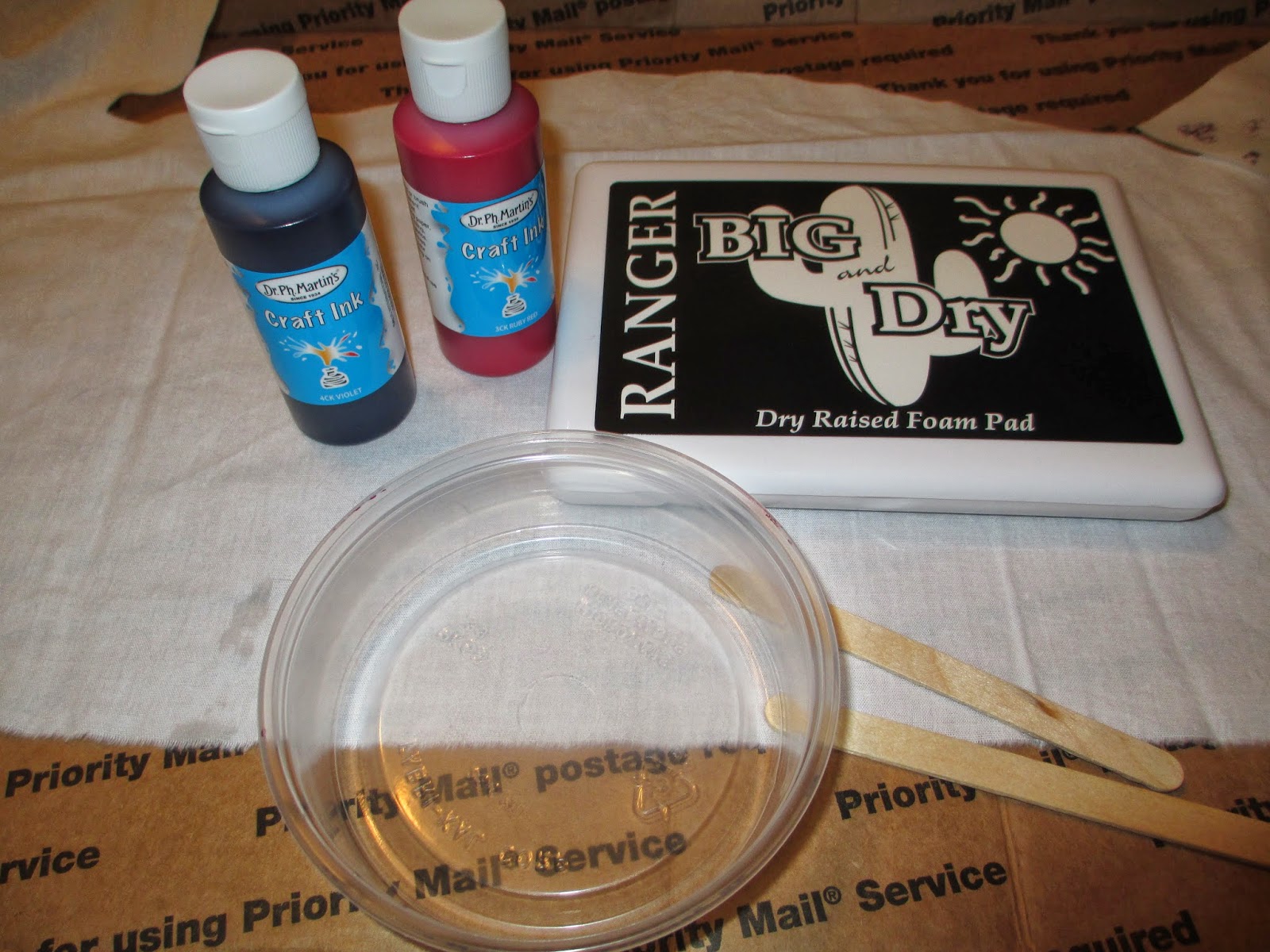 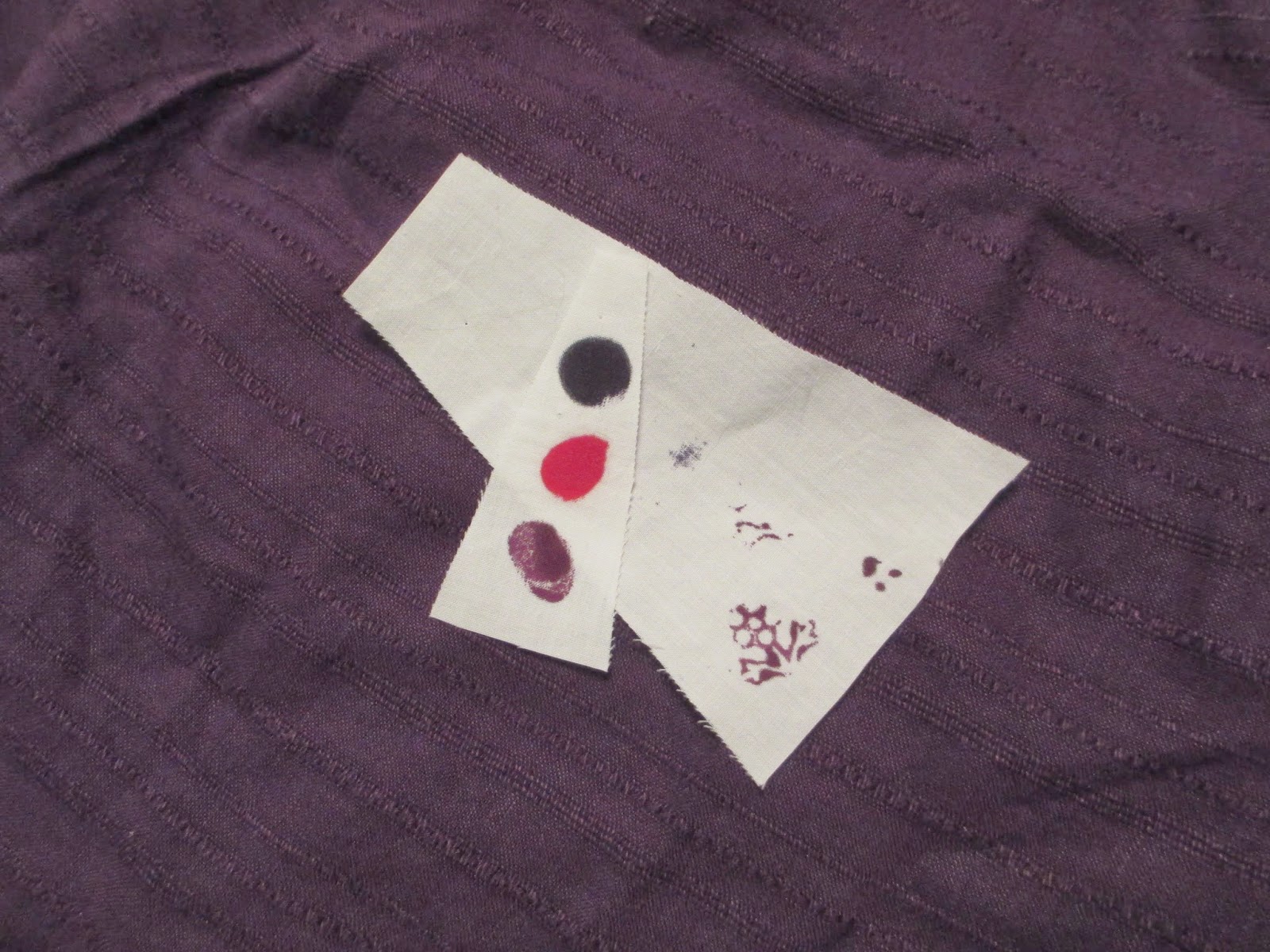 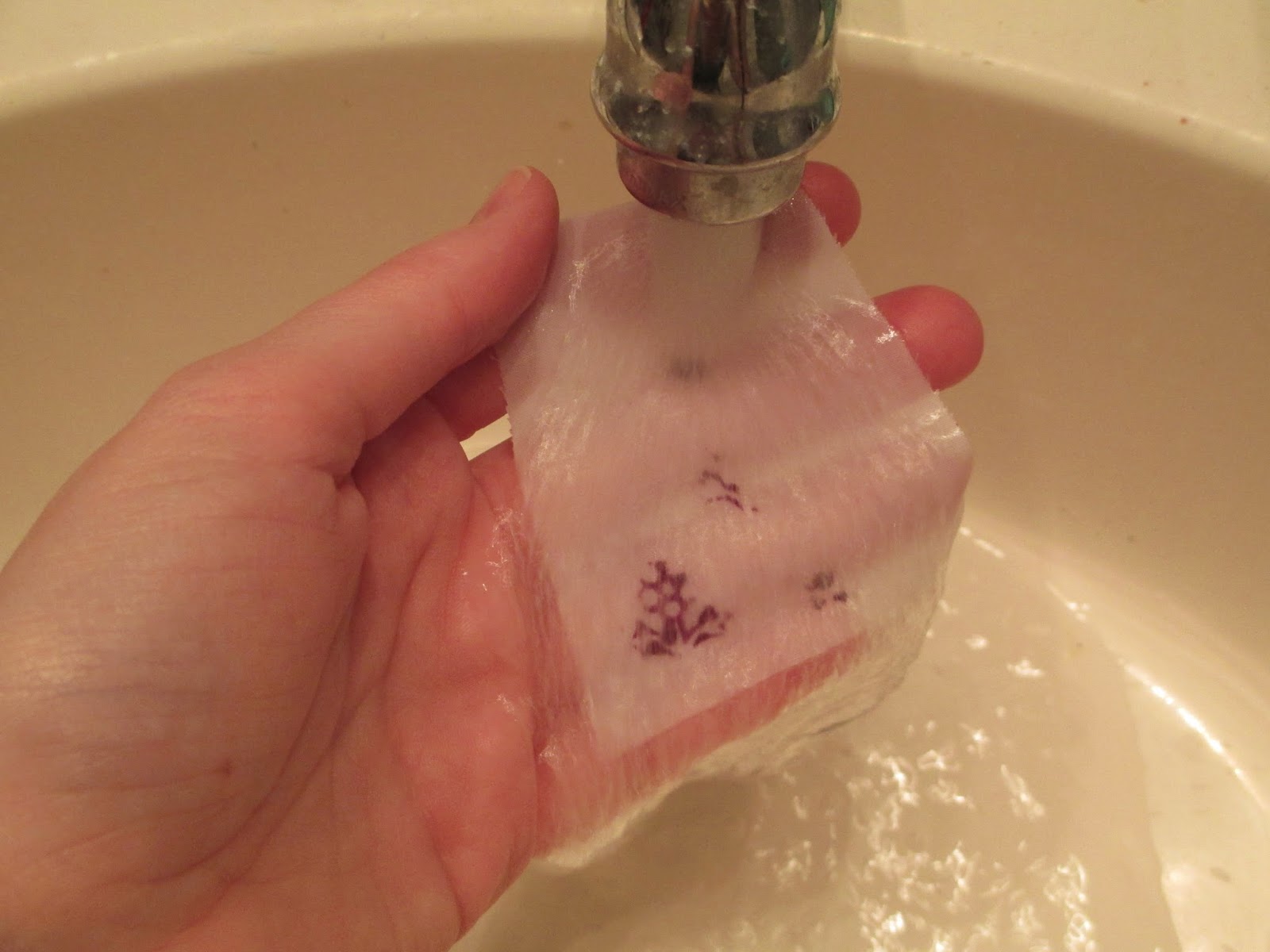 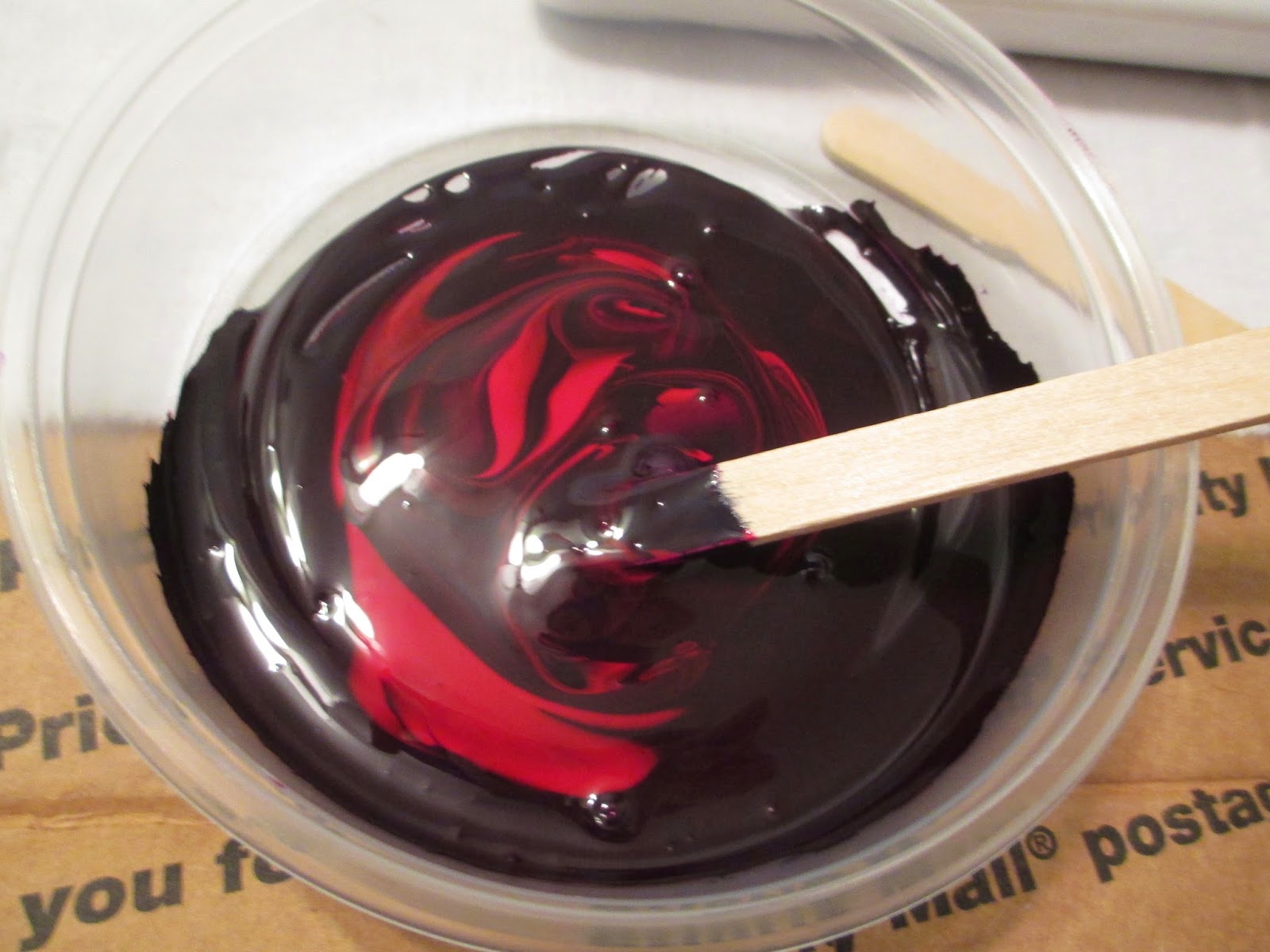 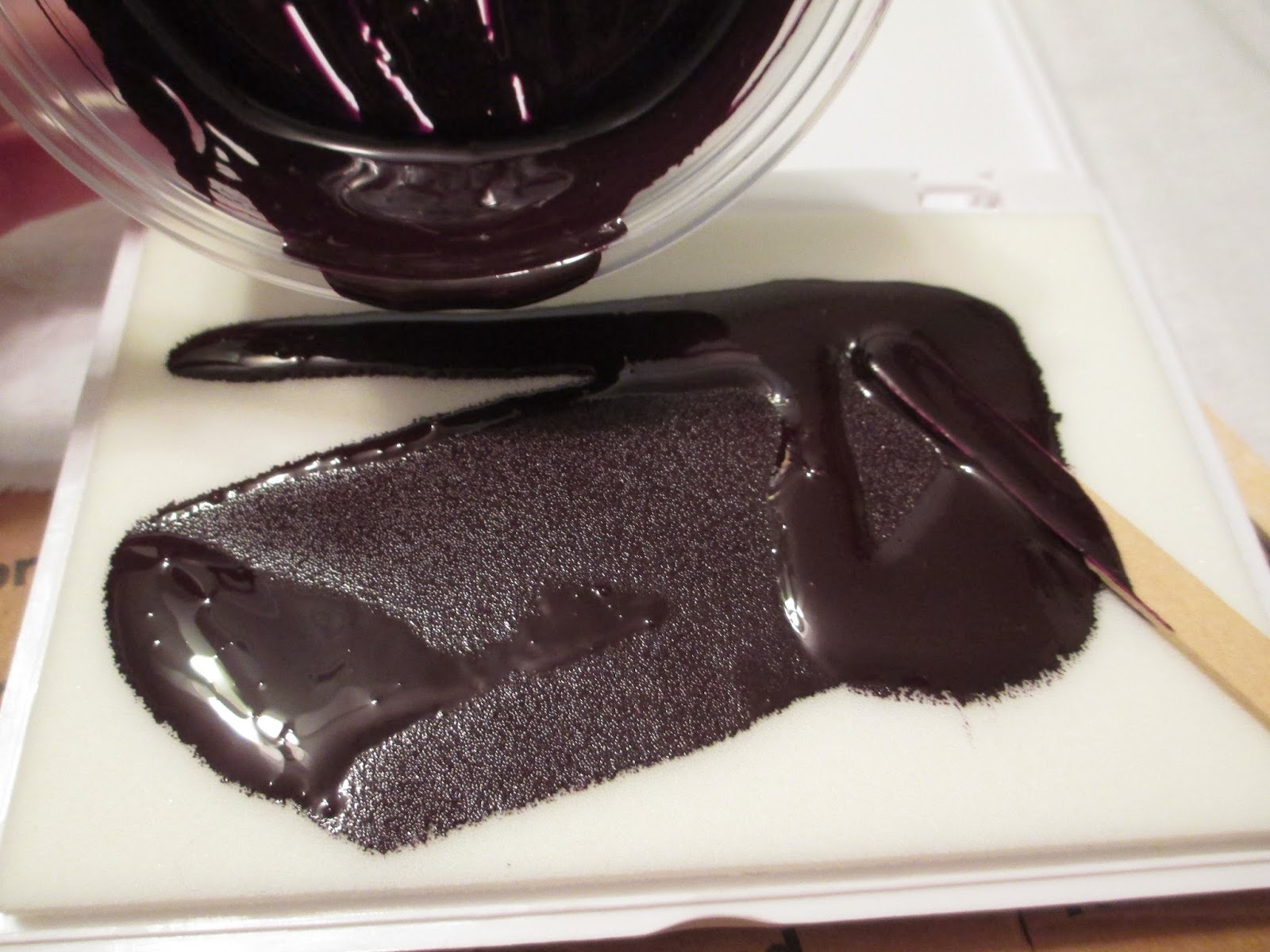 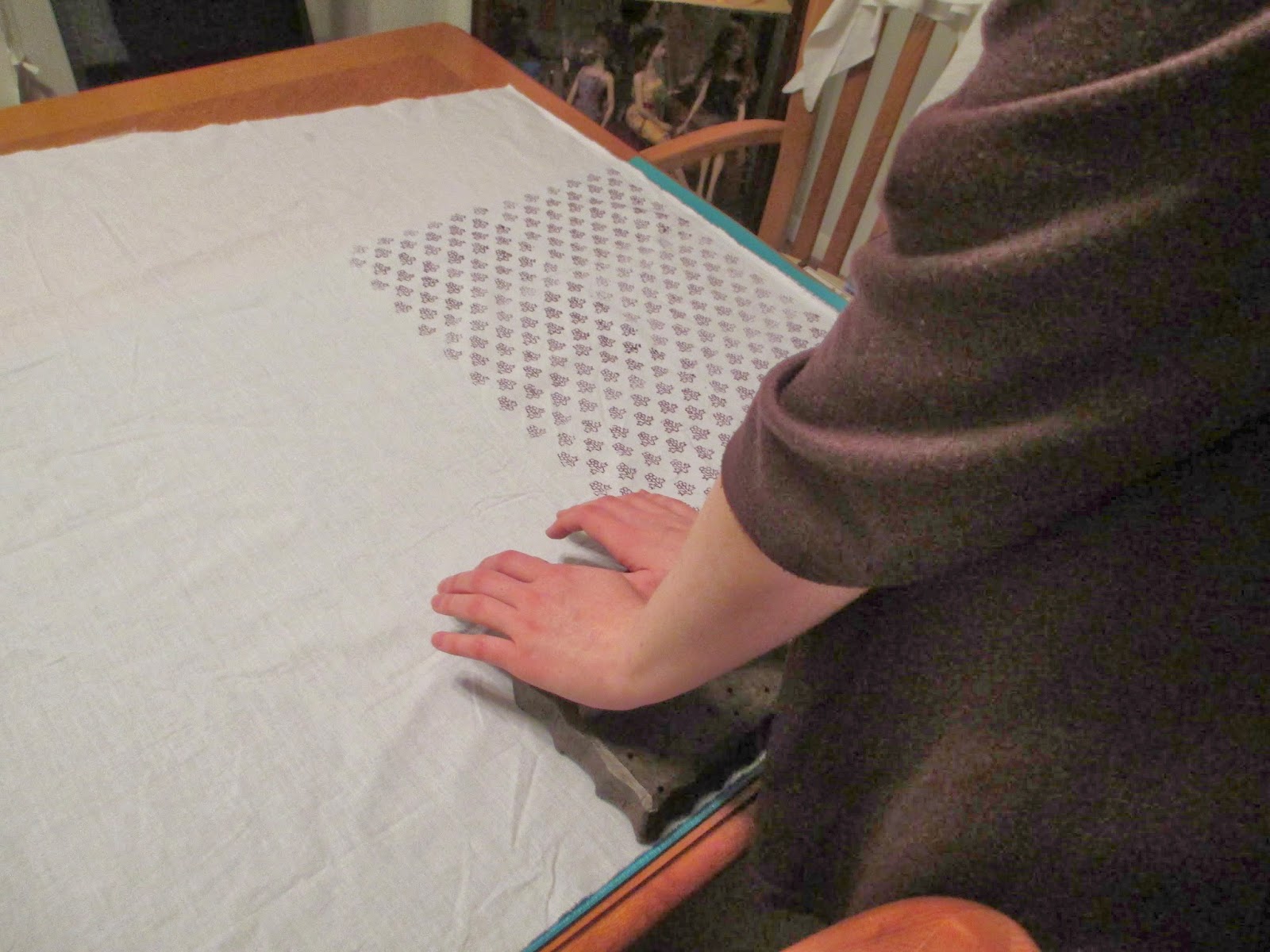 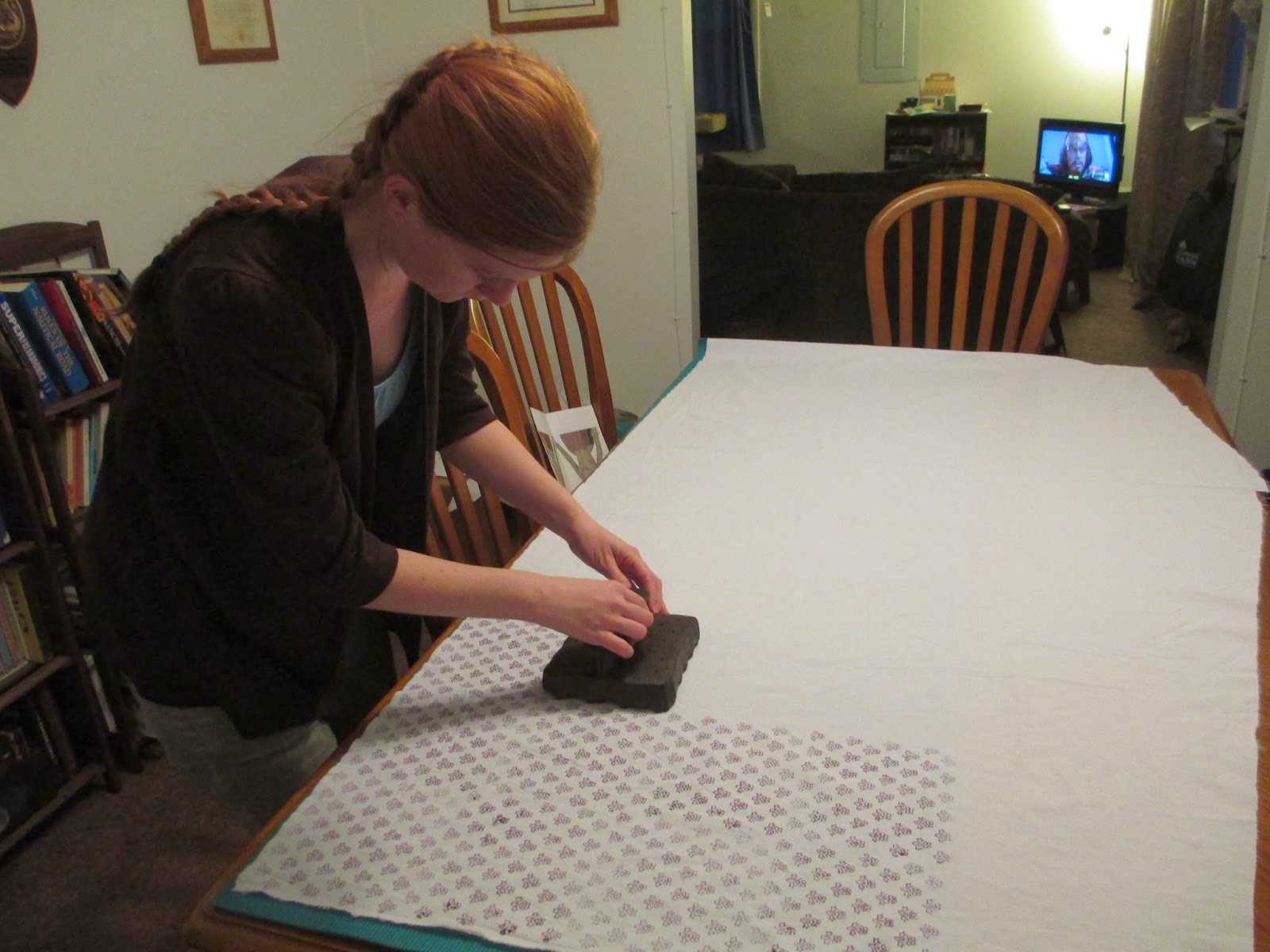 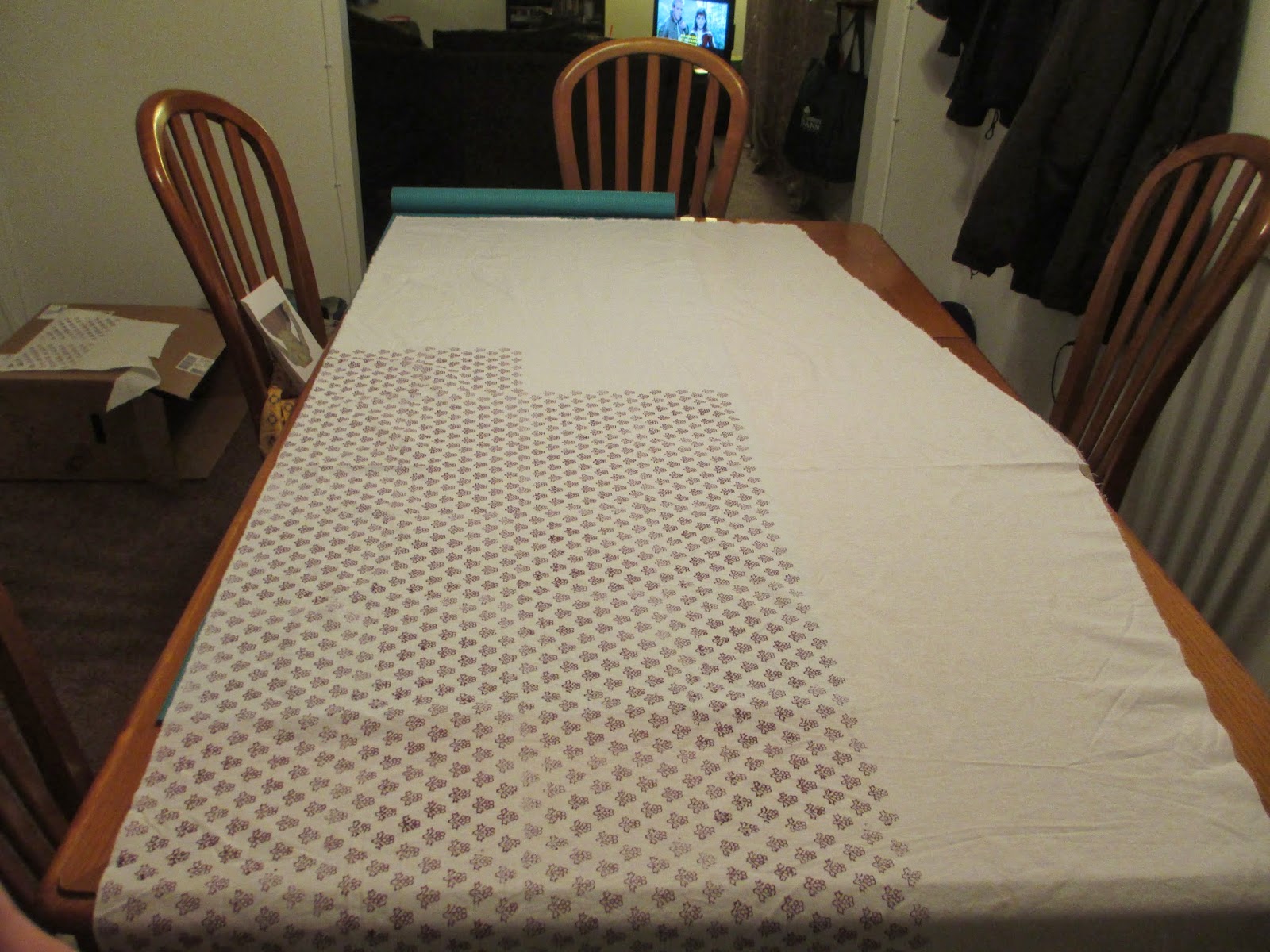 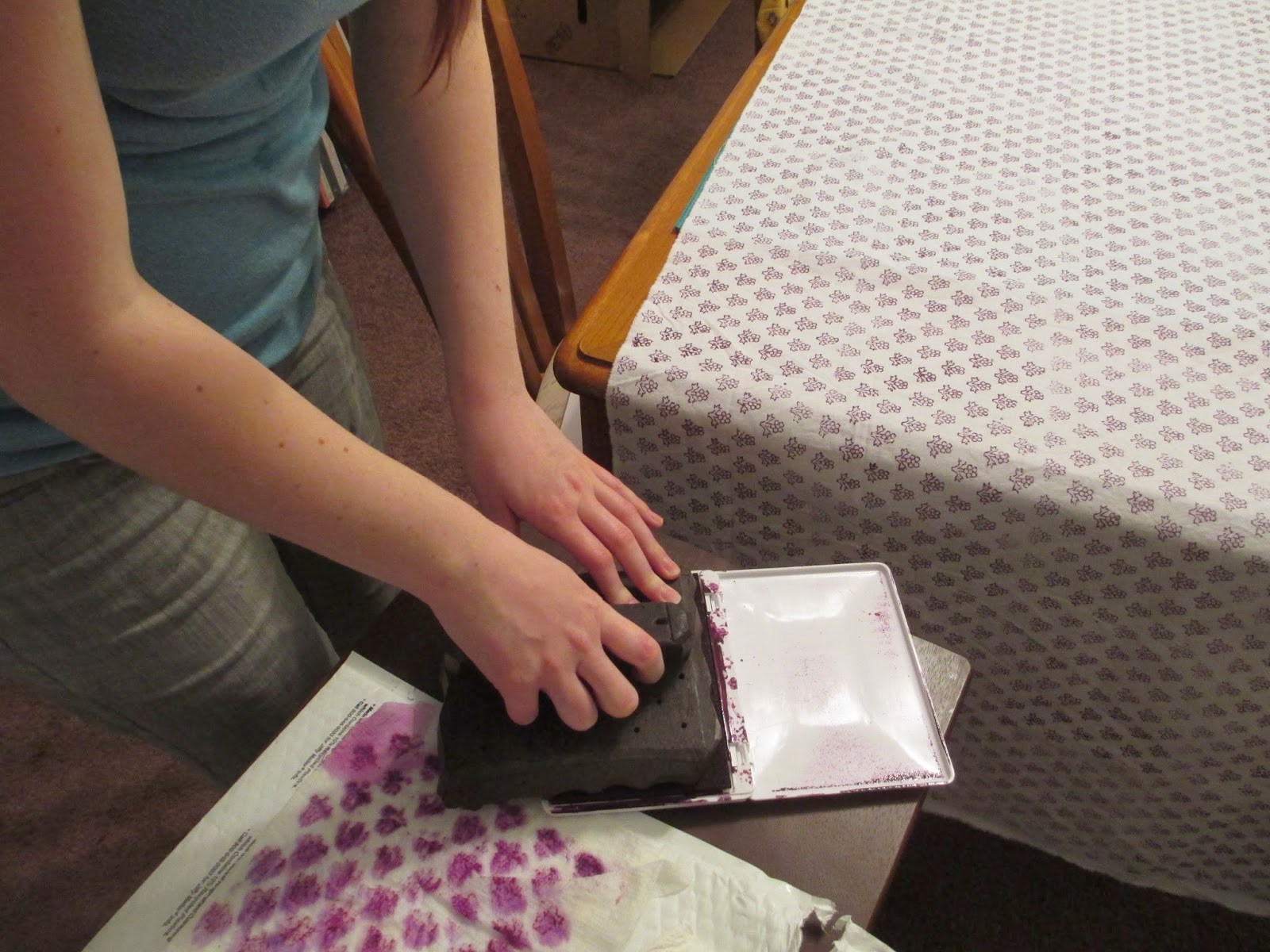 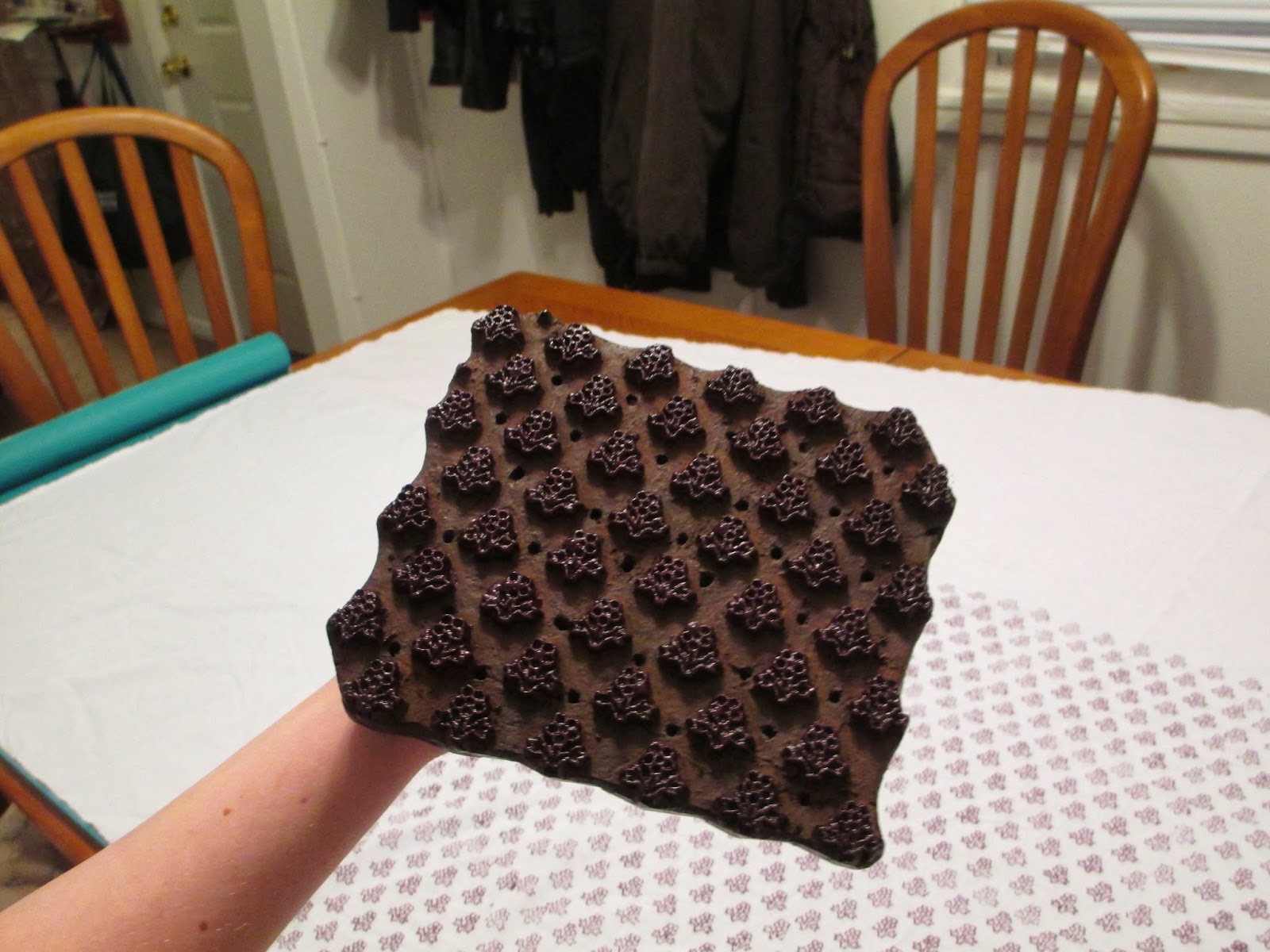 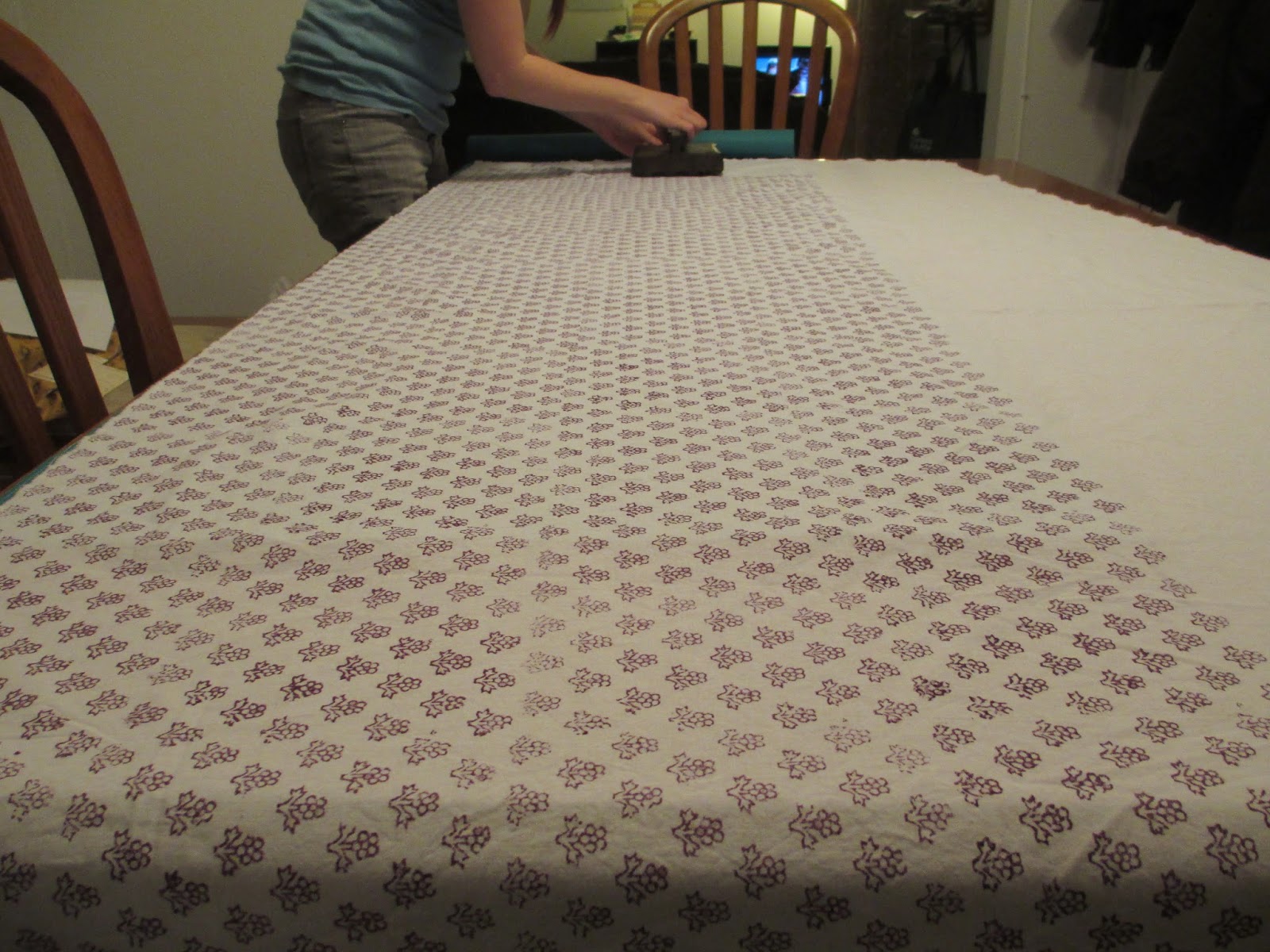 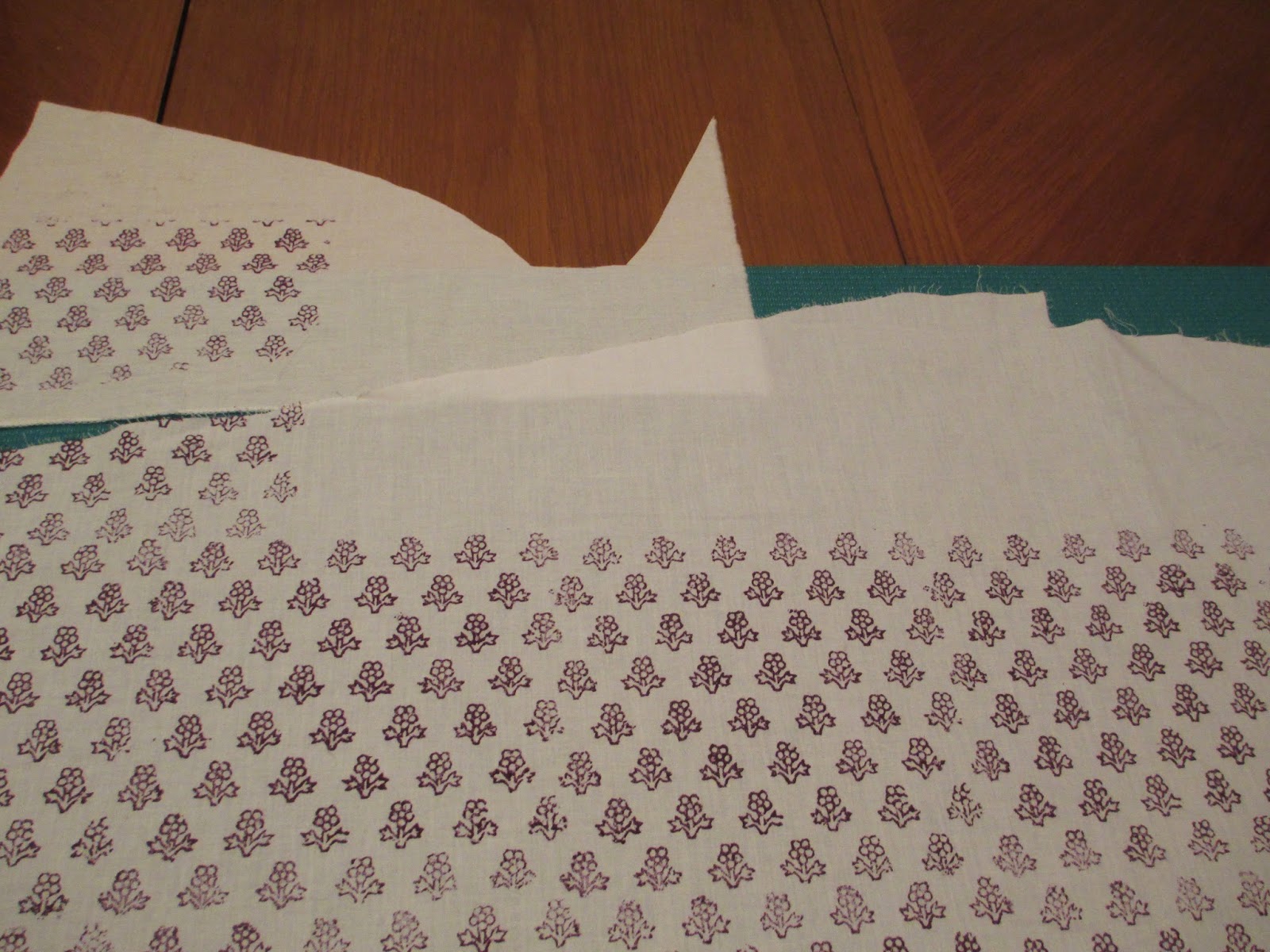 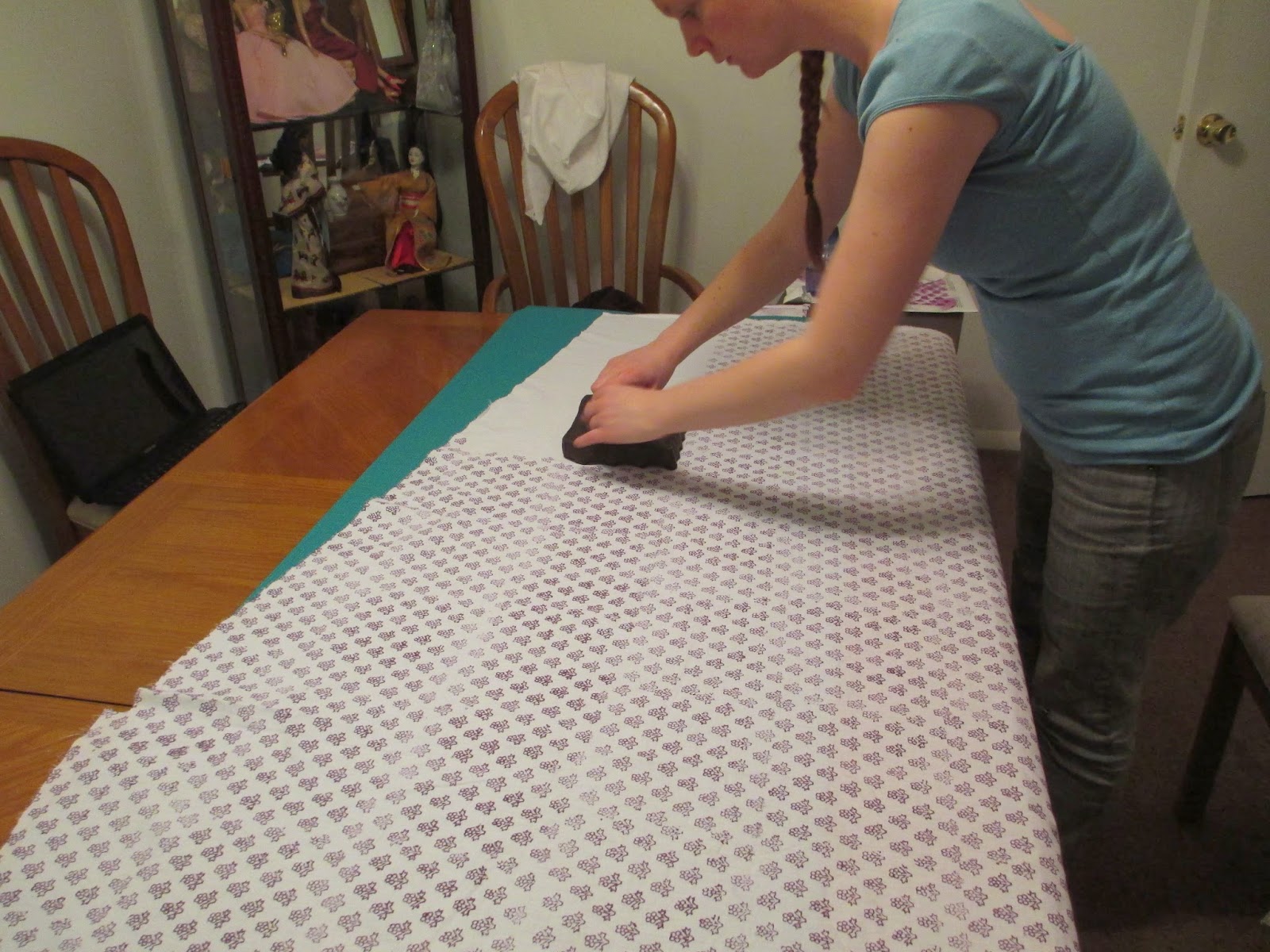 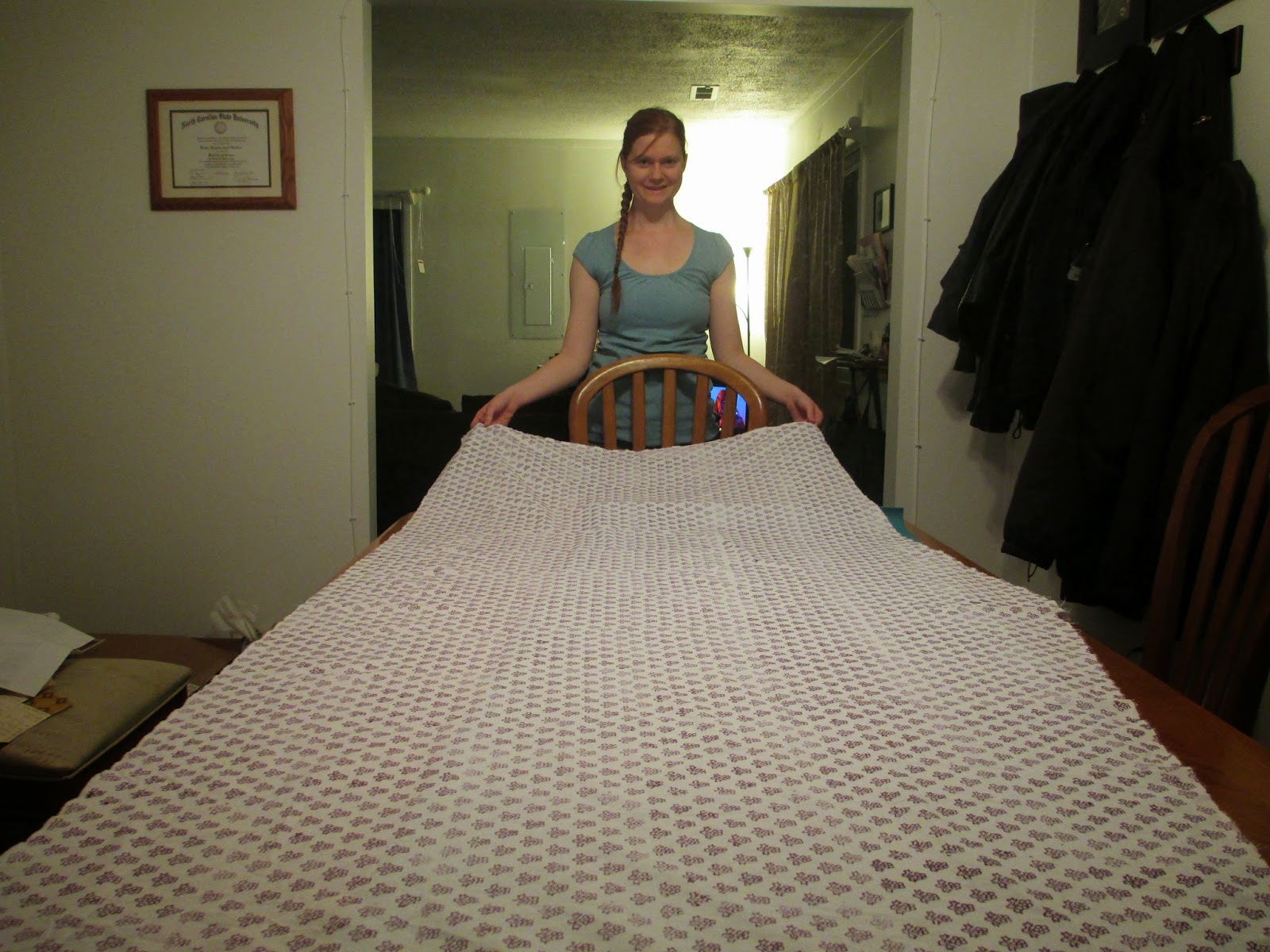 This week I had a unique and incredible opportunity.  For those of you who may not know, Historic Jamestowne is putting on a reenactment of the wedding of Pocahontas and John Rolfe on April 5 - the 400th anniversary of the actual event.  The Costume Design Center of Colonial Williamsburg (where I work as a tailor) has partnered up with Jamestowne to create the bride's wedding ensemble.  This includes an intricately embroidered 17th Century sleeved waistcoat, on which volunteers have been busily stitching away since mid-January.  On Wednesday I had a chance to work on the embroidery myself!  For one hour, I got to be part of history.  It was very cool.

Want to see more pictures?  I thought you might. 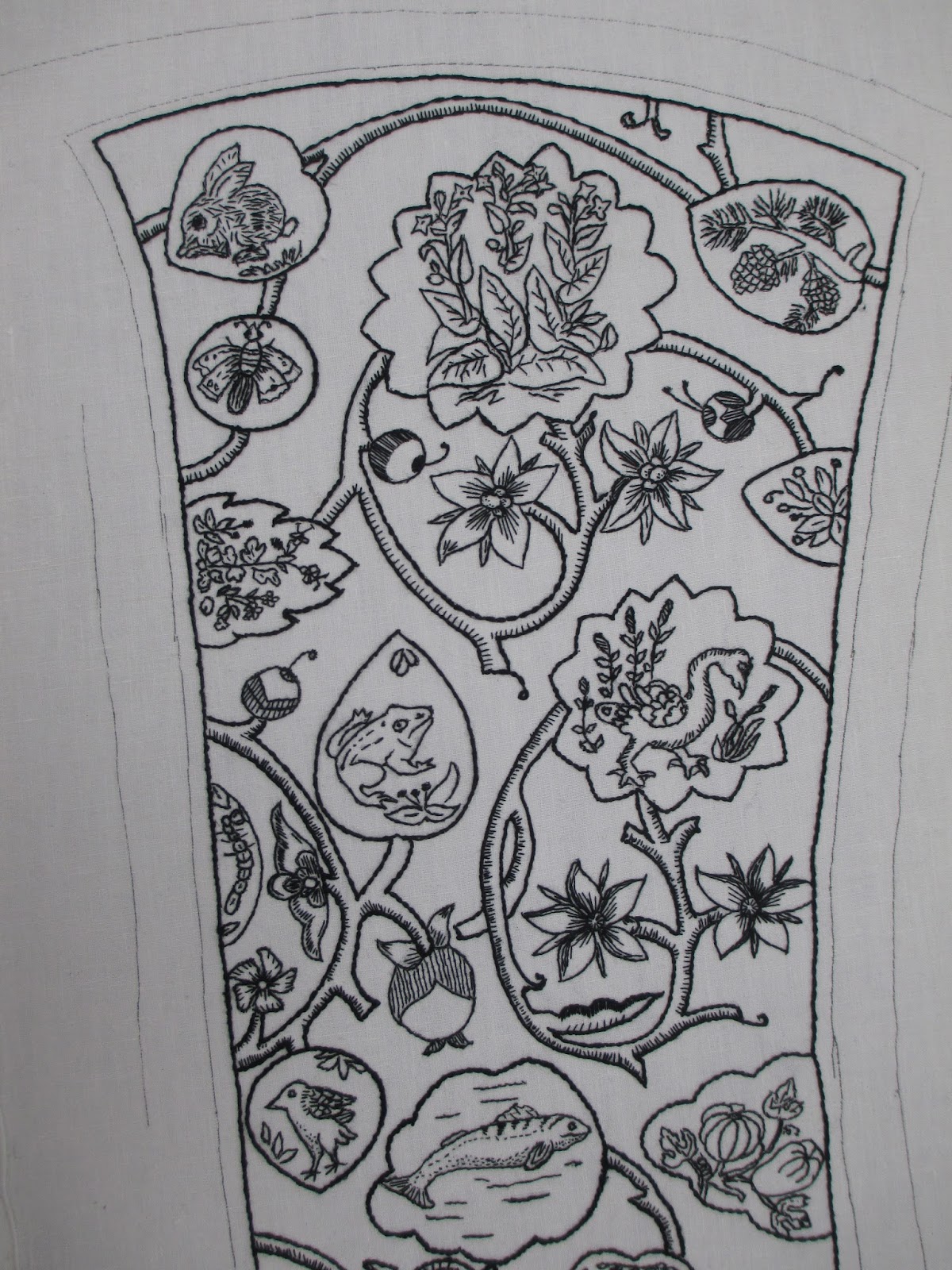 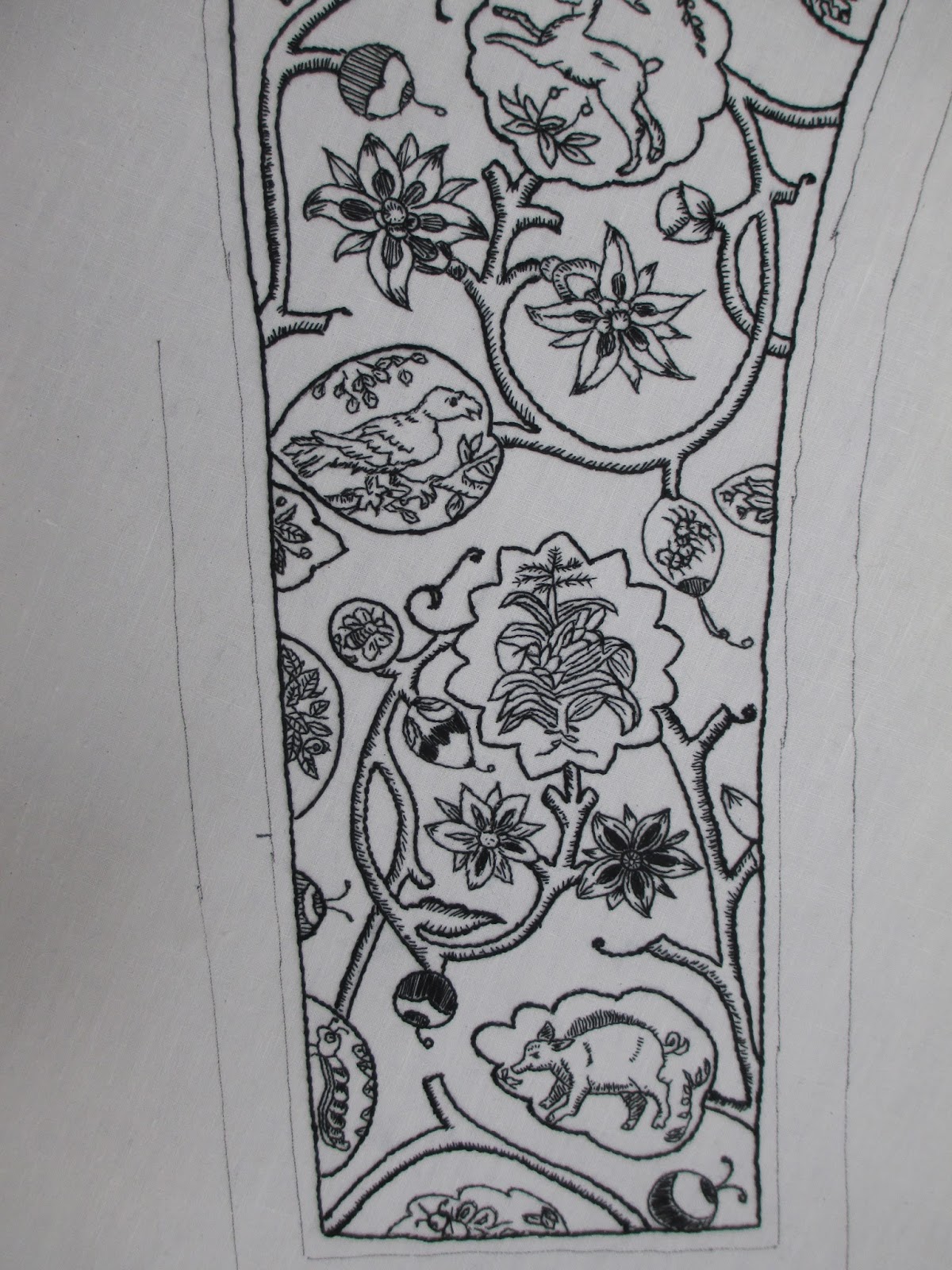 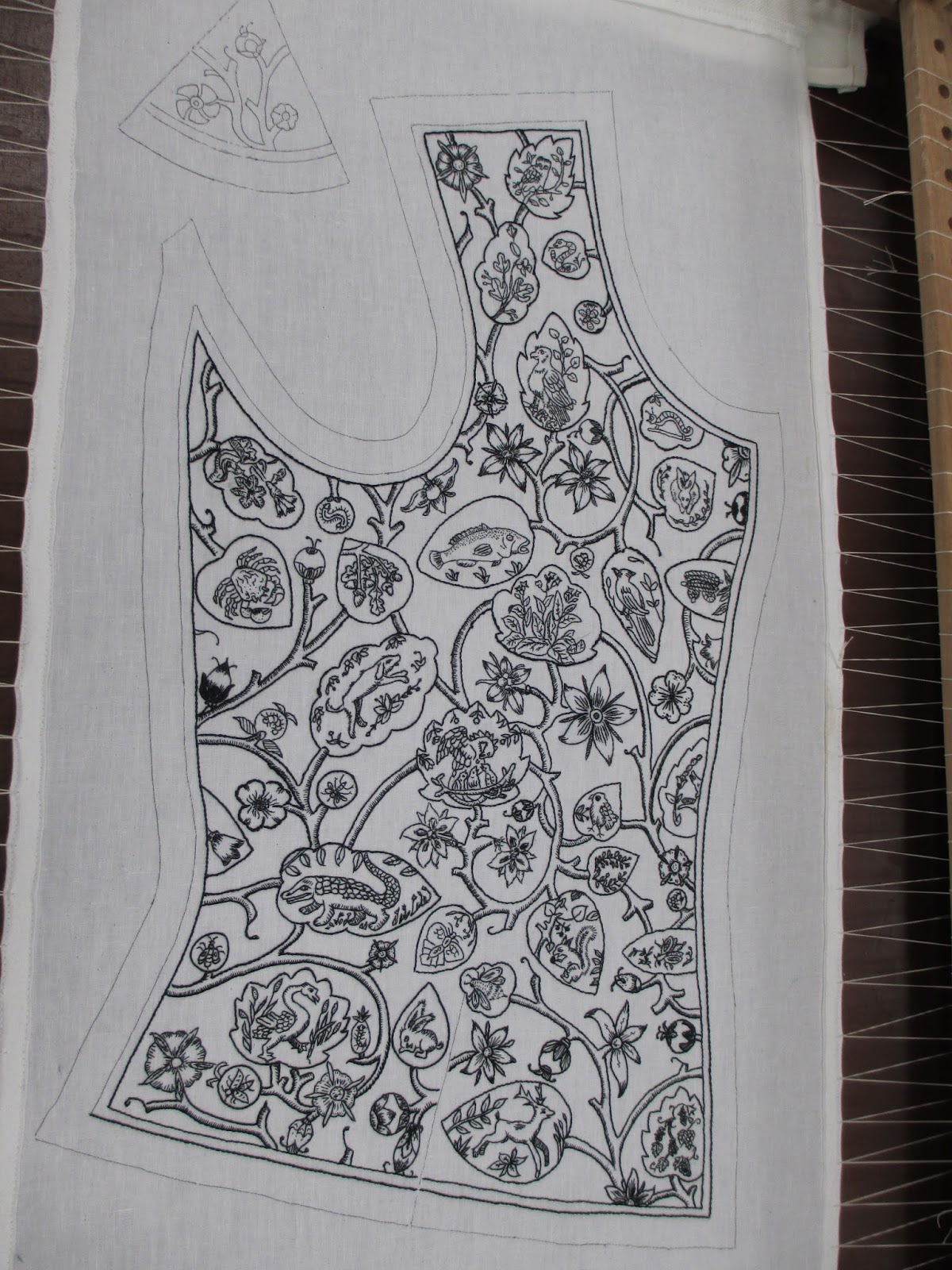 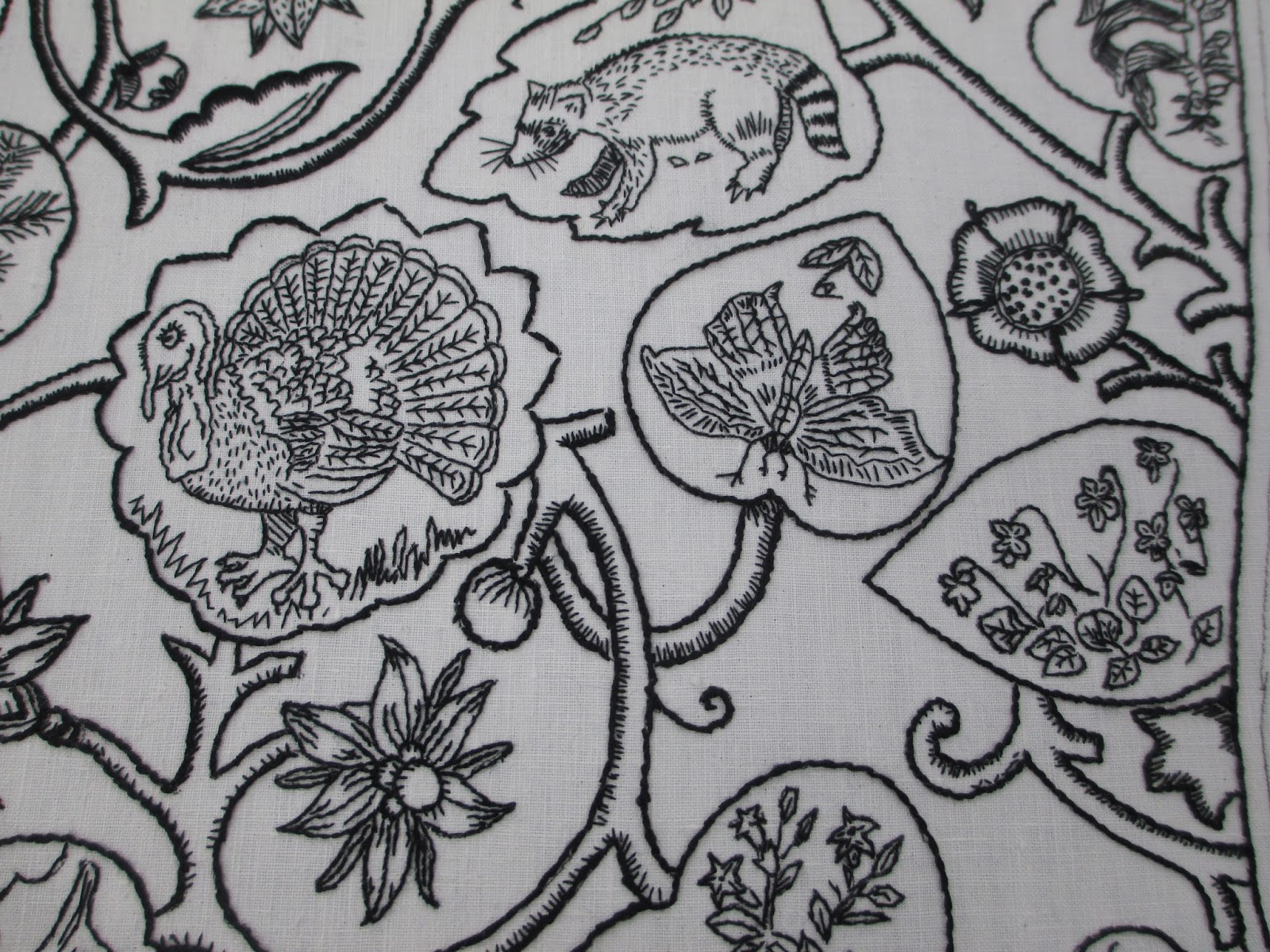 I can't wait to see the finished garment!
Posted by Chelsea at 8:17 PM 8 comments:

The Demise of Quick and Dirty

Do you have an inner sewing nag?  You know, a little voice that grows stronger as your sewing skills evolve and expand, that never lets you regress to your previous level of knowledge?  It's terribly annoying.  I call mine Nellie the Nag.*

She won't let me sew anything "quick and dirty" anymore.  When I try to get away with it, she reminds me that I know the correct way to do things, and that I know it's better.

Typical conversations between me and Nellie the Nag:

Nellie:  "What are you doing?  Match up your pattern pieces to the grain lines!"
Me:  "But I just finished laying it out!  I don't wanna do it over."
Nellie:  "Do it anyway!"

See a pattern here?  So bossy!

*I can't help it.  I, like Stan Lee and JK Rowling, love alliterative names.  :p

I know I've been rather delinquent on Year of Foundations posts, but that doesn't mean I haven't gotten anything done!  I have my stays all cut out and the layers are basted together: 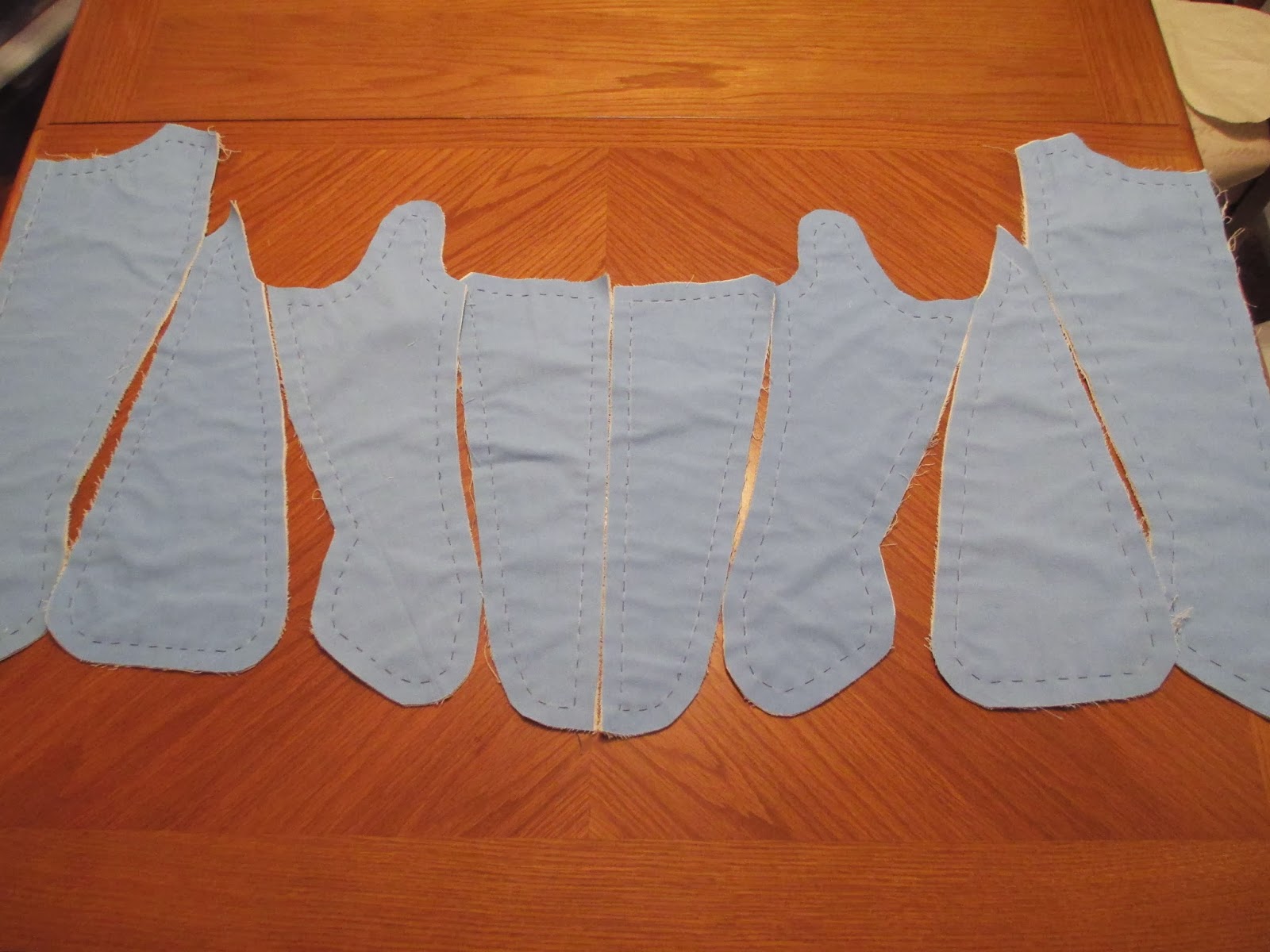 And I made a rump!

It's a very simple tube made from a scrap of quilting cotton that had the benefit of already being roughly the shape I wanted.  I pieced one end to make it longer, tapered the other end to match, and sandwiched twill tape ties into the seam at either end.  It's stuffed with a hunk of quilt batting which I rolled up and stuck inside with some difficulty.  I added more to the middle, as I want the bulk of the... well, bulk... to be at the back.

Here's how it looks in action, shown here on the dress form over my mock-stays: 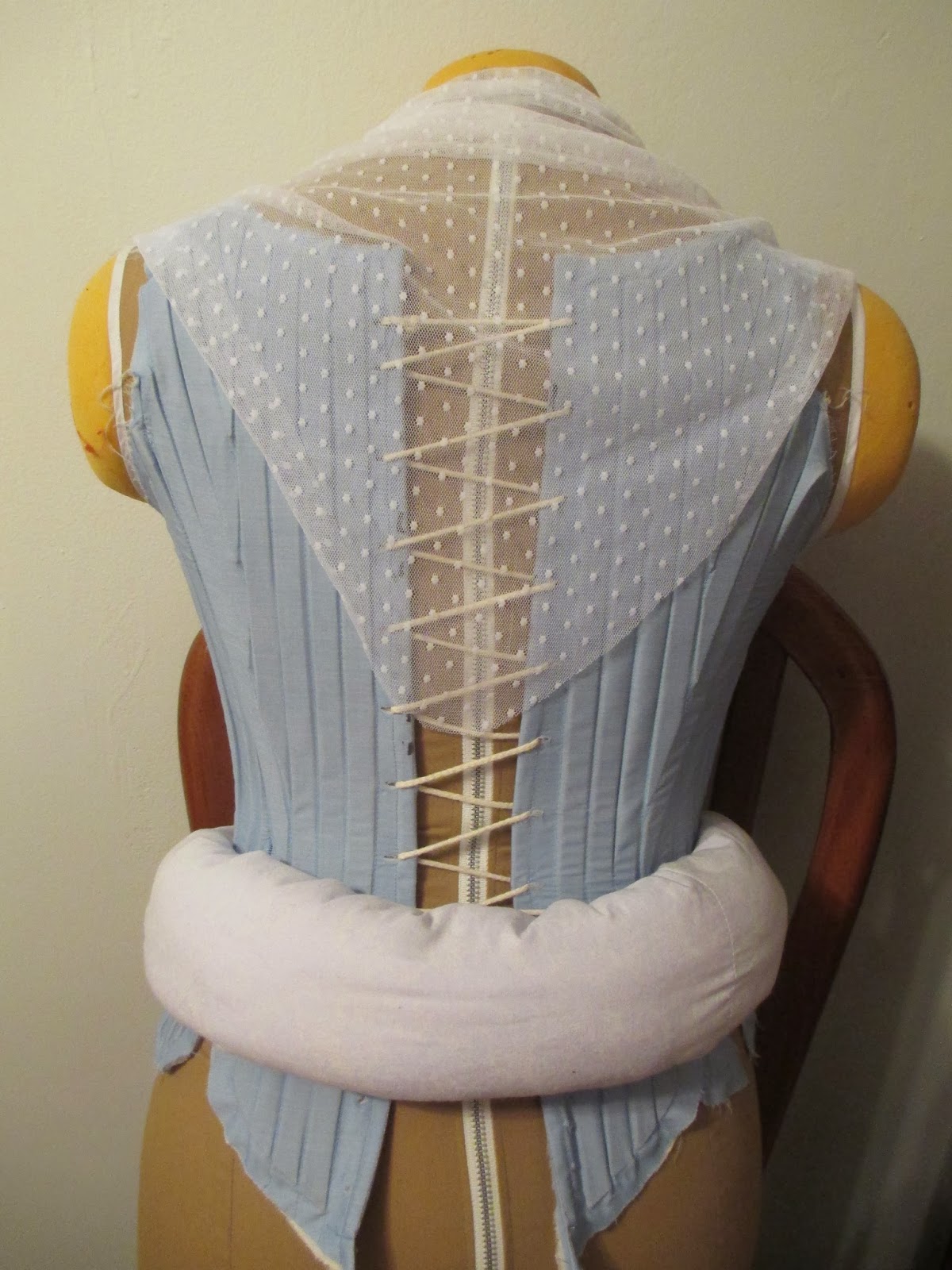 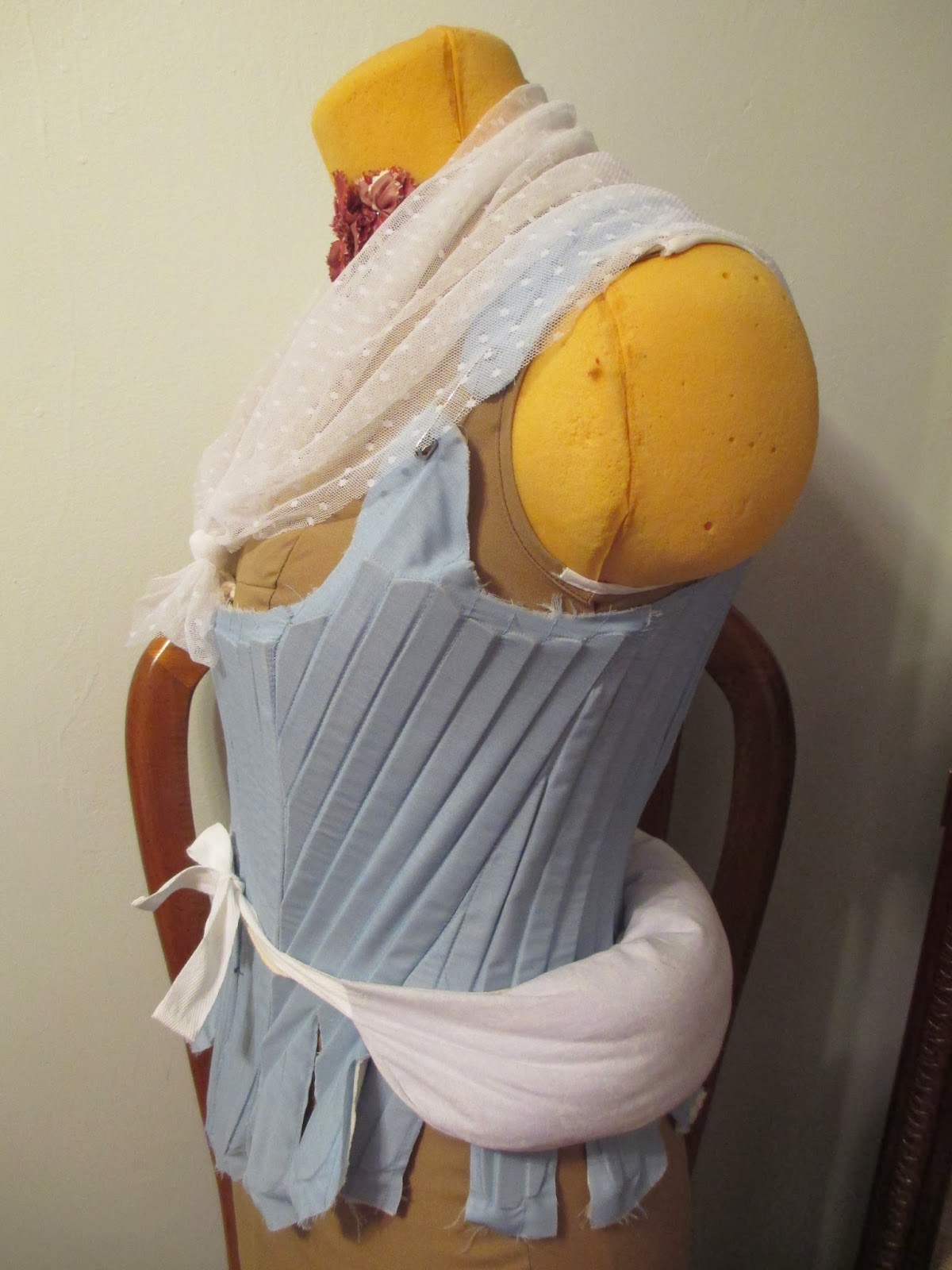 So I officially have one foundation garment finished!  Whoo-hoo!  Other "Foundationers" as one of our participants christened us, have been much more productive these last couple months.  I'll do a round-up post soon, but in the meantime you can see what people have been doing on Facebook.

The main reason I've been lax at posting recently is that I've been consumed with a new project which I will also be posting about soon!  Here's a teaser: 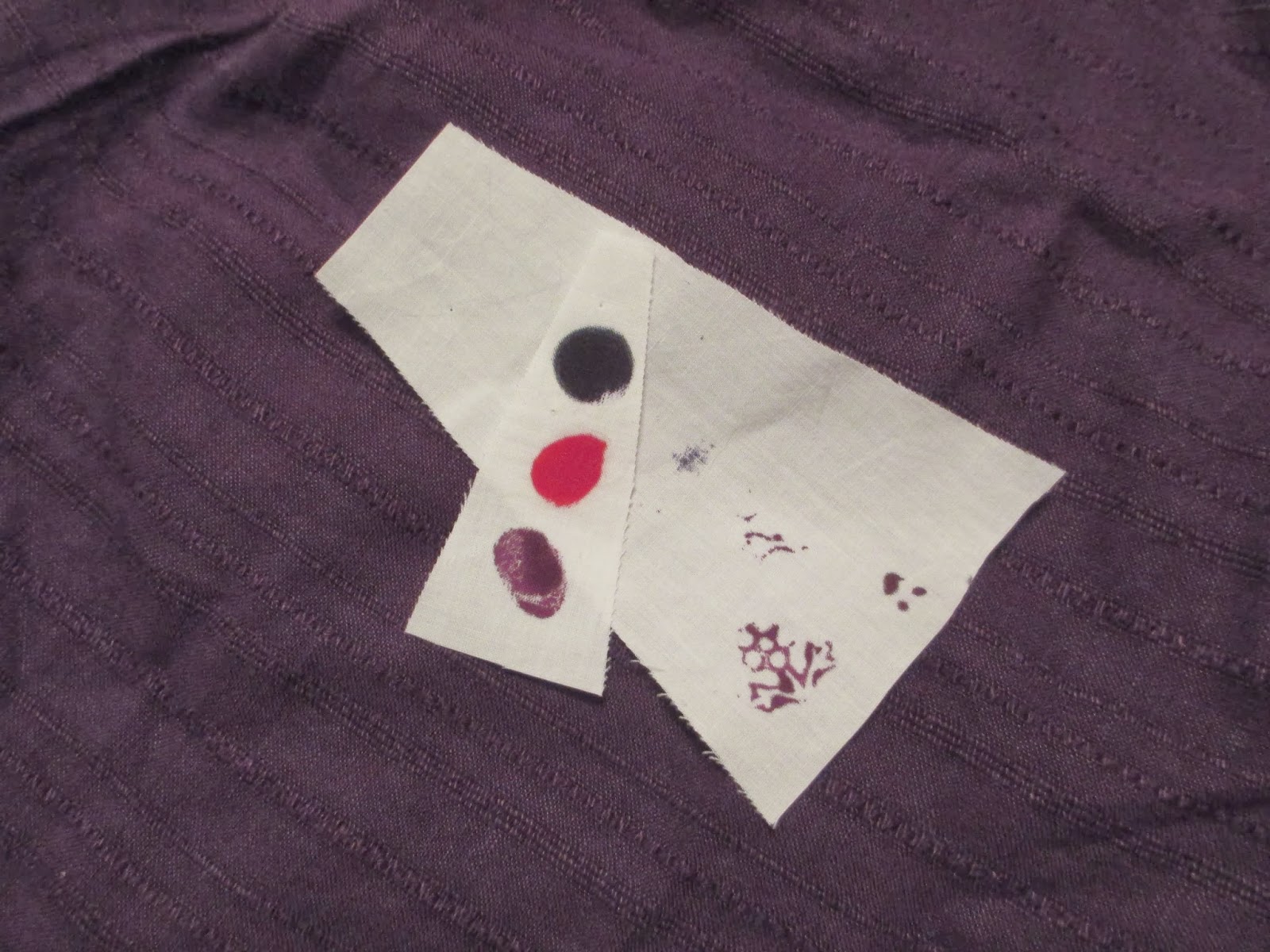 And, just for fun, here's a pic of Jazz "helping" me with my project: 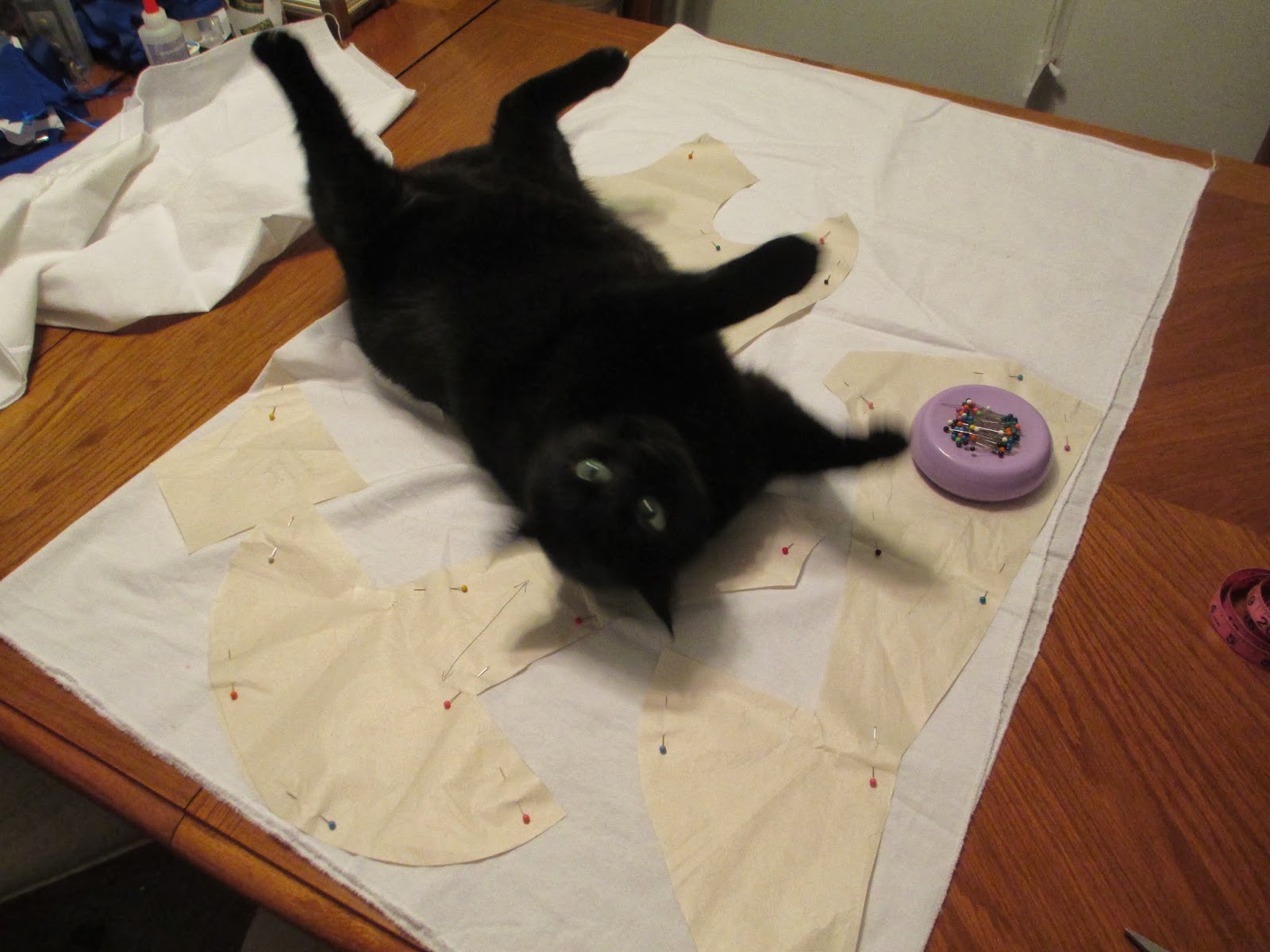 I guess the pins are a good back scratch?
Posted by Chelsea at 8:41 PM 2 comments: