So I decided at the very last minute to enter the costume contest at Celebration VI.  By "last minute," I mean last night, and entries needed to be postmarked by today.  :p  I'm entering with my Padmé Corset Gown, and in order to be comfortable in it I need to remake the corset.

The good news is, I still have black satin left over from the first time around, so it will still match the gloves. 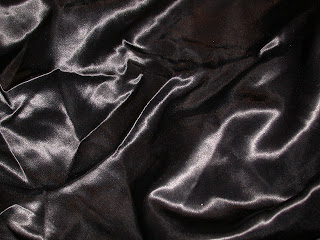 It's very heavy and has a nice sheen to it, and I've actually had people mistake it for leather.  This makes me happy, as I believe the original corset was leather, and I want to at least look screen-accurate.  With that in mind, this time around I am not going to make it lace up in the back, as the original costume does not.  My plan is to have a front closure with either a busk or an invisible zipper, which will be hidden by the necklace strands. 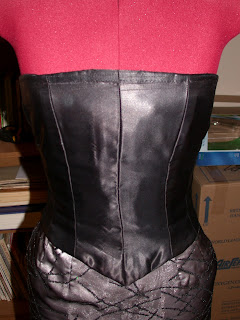 I also plan to make my new corset a couple inches longer than the first one, so it will extend out over my hips more.  I will also make it larger, because my first one no longer fits me.

Now obviously it is a corset, so it could be tightened and made to fit me.  But I enjoy breathing.  :p

So!  My first corset will be offered for sale in the near future.  I will be making a new one that fits me comfortably.  I also need to make a new headband, as my first one broke.

I don't have any progress pics to post on my new corset yet, but I did take some detail shots of my necklace on the dress form (even though it doesn't fit properly around the neck). 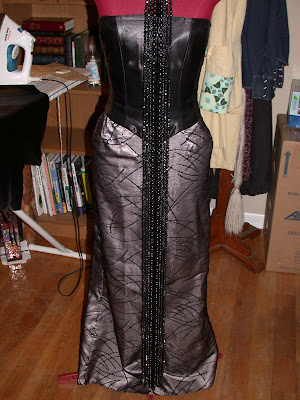 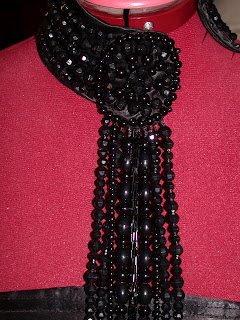 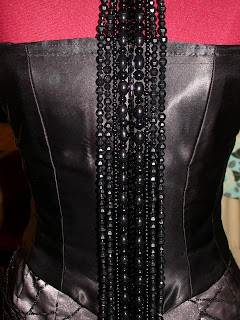 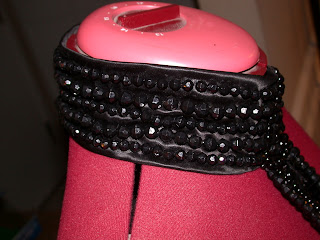 I also have plans to fix the skirt, which will involve letting out the side and back seams and adding a godet in the back for extra flare.  More on this later.

I also took close-up pics of the feather cape on the floor instead of on the dress form.  She doesn't have arms, so it slips right off.  :p 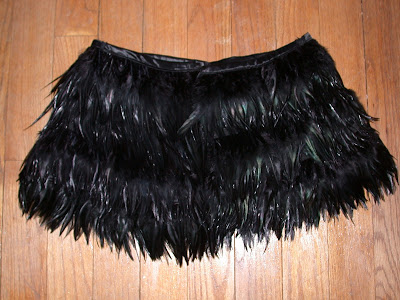 I don't know what I was thinking at the time, but I made the cape tie together in the front.  I am going to remove that and add hooks and eyes instead, which will be much more secure.  So those are my plans.  I have five weeks to complete them.  Wish me luck!
Posted by Chelsea at 1:00 PM