While working on my Blue Wool Spencer, I played around with decorating a couple of fabric-covered buttons with embroidery floss, to see how I would like the look.  I have a small collection of button molds in different sizes, all of which I have purchased from Burnley & Trowbridge over the last couple of years for various projects.  I have intentionally bought more than I needed each time, so I have extras on hand should the need arise.

I really enjoy making fabric-covered buttons.  I followed all of the usual steps, but before I could actually make the buttons, I needed to add the design to the fabric.

I started by tracing circles onto a scrap of muslin.  For the sizes I usually work with, I want a circle at least a 1/4" larger than my button mold, all the way around.  I used two corks I happened to have for my circle templates: 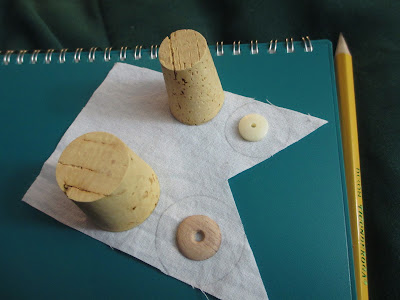 I cut out the circles from both the muslin and the wool outer fabric together, then laid the button mold in the center of the wool, on the right side: 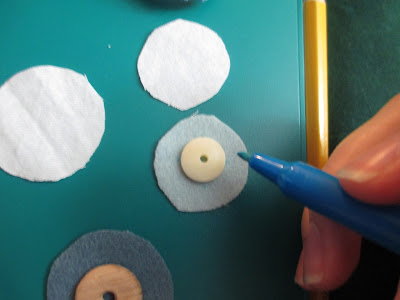 I marked the center point and four equidistant outside points with a fabric marker: 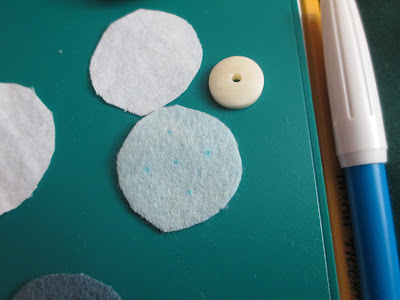 This would help me keep the design inside the area which would cover the top of the button.  These dots also helped me to keep the design centered and symmetrical.  I started with a knot in the center: 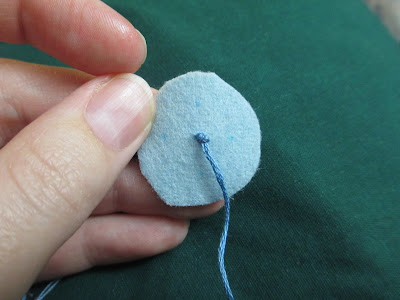 I used embroidery floss that is close in color to the soutache braid trim on the Spencer, and attempted to mimic the pattern of the braid itself using a looping frog design. 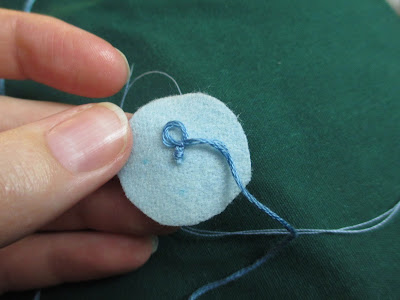 Instead of actually embroidering, I chose to applique the design with regular sewing thread in a close color match: 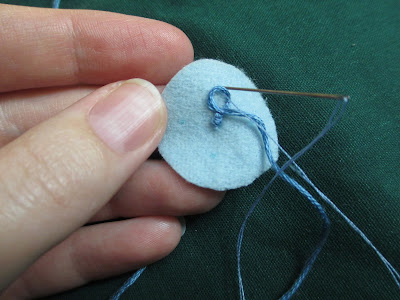 When I got to the last loop of the design, I cut my embroidery floss, leaving enough excess to thread an embroidery needle: 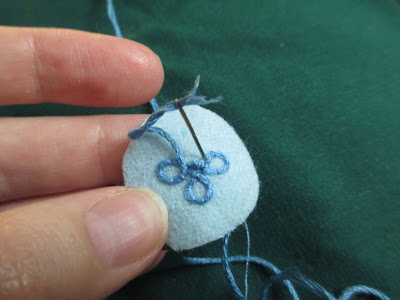 And pulled the end through the fabric to the wrong side of the button cover, to complete the design. 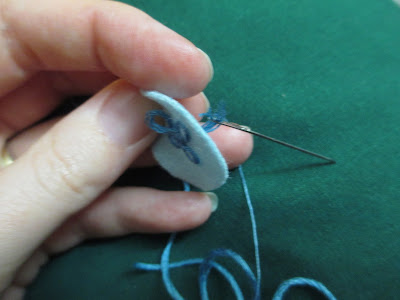 After I finished stitching this final loop in place, 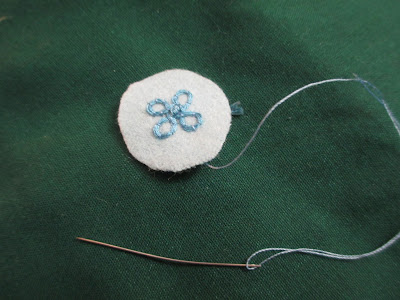 I used my sewing thread to stitch down the tail on the back side: 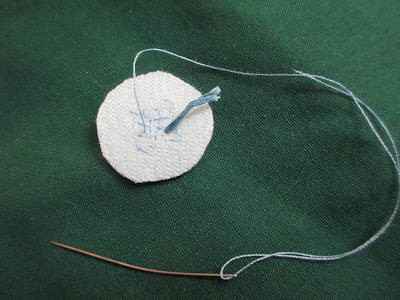 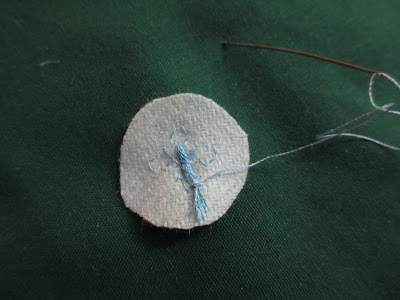 Once it was tacked down, I trimmed off the end to make it neater: 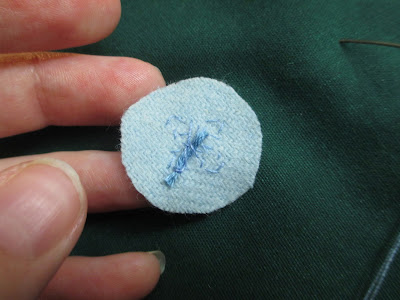 Then I placed the muslin circle over the back side of the wool, and made up the button: 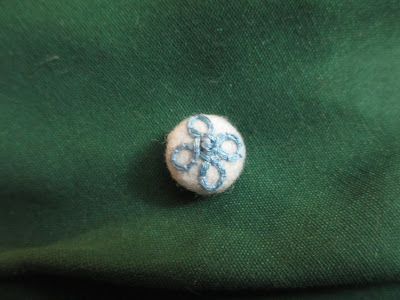 I didn't take pictures of the process, but Burnley & Trowbridge have an excellent photo-tutorial on their Facebook page.

I also made a larger button using a darker wool base and a more complex design: 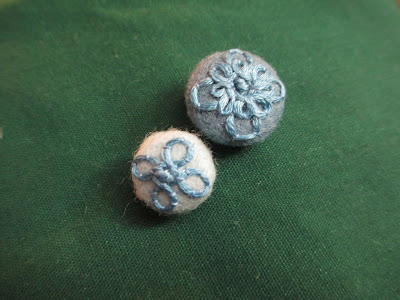 I was considering using this as a decorative element on the front of the Spencer, and I still might.  But for now I have only made one of these.  I made three total light blue wool buttons, and they are all functional. 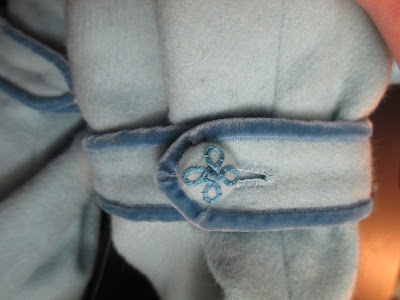 Two small ones fasten the sleeve bands, and a larger one (the same size as the darker blue button above) closes the waistband tab.
Posted by Chelsea at 9:06 AM