The Hufflebustle - Planning and Plotting and Possibly Scheming

I know I'm mixing my fandoms in my title, but what else is new?  :p

I was inspired by Fabric & Fiction, who is making a Ravenclaw Bustle Gown right now, to make my own Hogwarts House Victorian gown.  I was officially sorted into Hufflepuff on Pottermore.com (even though I wanted to be Ravenclaw), so of course I would need to make a yellow and black dress.  Then last October, when this awesome checked silk taffeta went on sale for $6/yard at Fabric Mart, I snatched it up:

Ever since the fabric arrived, I've been dreaming and designing - off and on, as I've been rather busy "momming" lately.  And up until recently, I had no event to which I could wear such a garment.  But then I was invited to a Victoria Day picnic coming up in May, and the dress code is anything from Queen Victoria's lifespan!  So anything from 1819 to 1901, which is a nice big chunk of time to choose from.

I briefly considered going 1860s with this gown, as the checked pattern seems to have been more popular at that time than in the Bustle Eras.  But I really, really wanted a bustle gown!  So I started by reviewing the overarching themes of each of the Bustle Eras to decide which one I wanted to do.  For a good summary, check out Historical Sewing's primer here:  Bustle Era Changes - The Highs & Lows in the 1870s & 1880s

I ultimately settled on the Late Bustle Period.  I love both - and the Natural Form Era sandwiched in between - but the Early Bustle Period seems just a little too floofy and frivolous for honest, hard-working Hufflepuff.  Also, my fabric is so loud that it seems much better suited to the clean lines and tailored appearance of Late Bustle, where the draping of fabric creates most of the visual interest rather than tons and tons of trim.  (Someday I will make an Early Bustle Gown - and a Natural Form Gown - because I do loves me some trim!)

Once I had my basic era nailed down, I basically copied Hannah's design method of focusing on the color scheme, animal, and personality traits associated with my chosen Hogwarts house.

Personality Traits:  Basically the nicest people you will ever meet; the Midwesterners of the wizarding world :p

Once I put those three elements together, the design began to coalesce rather quickly.  My Pinterest inspiration searches came across several fashion plates featuring a mock-lapel look that nicely mimics the vertical lines on a badger's face: 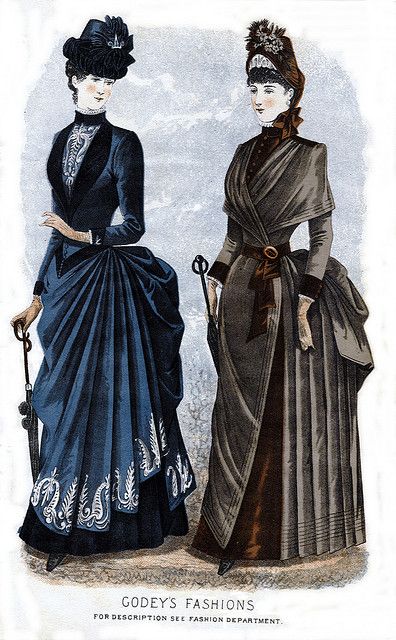 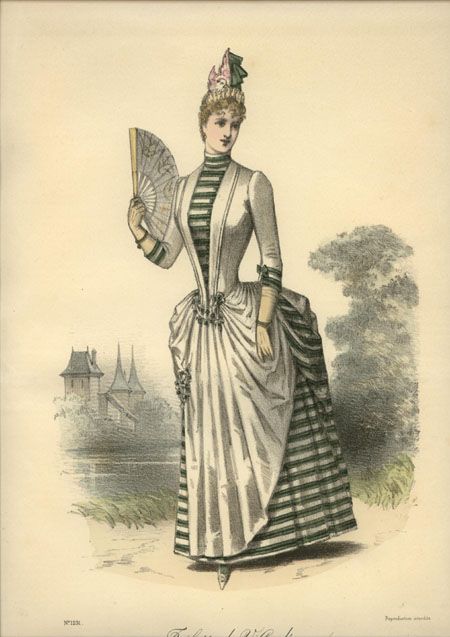 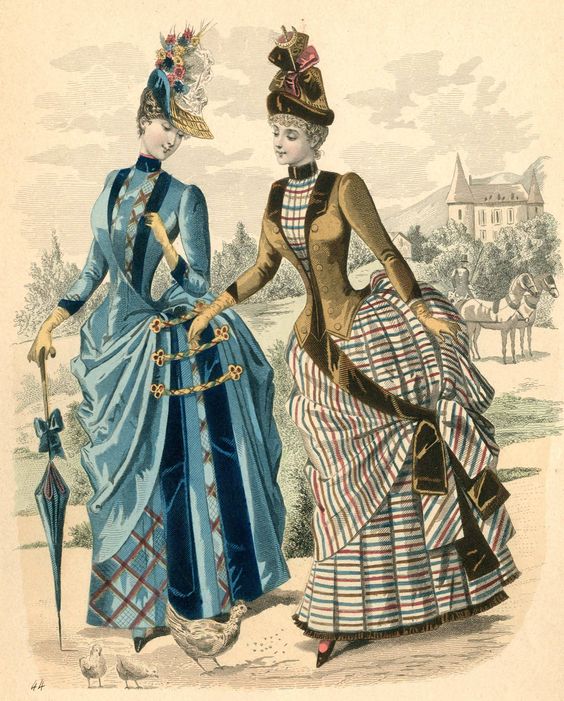 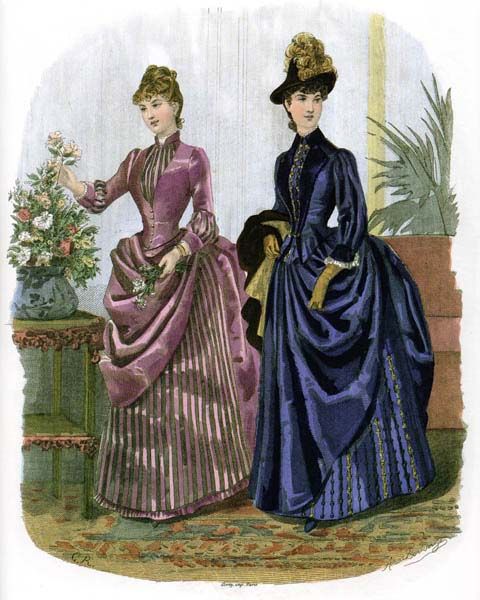 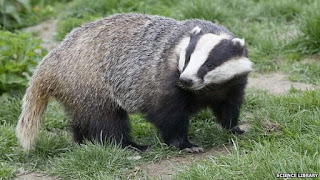 So that's rather perfect.  And I have a roughly 1-yard remnant of some black cotton velveteen that would work nicely for the lapels: 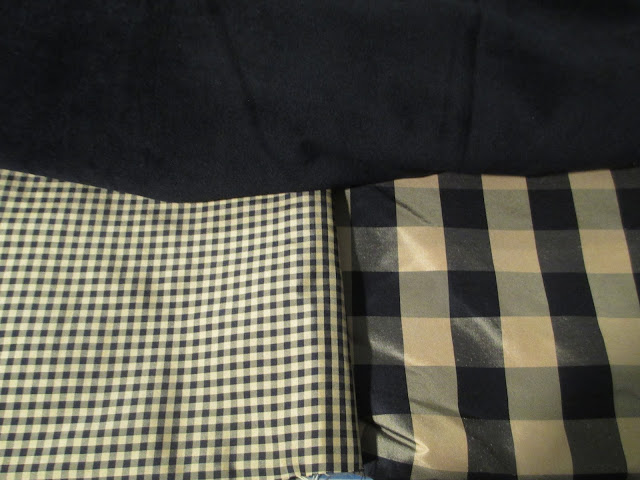 I haven't entirely settled on my design for the skirt/overskirt, but the bodice is pretty well set in my mind.  Now it was time to go pattern shopping!  Of course, Truly Victorian was my first - and only - stop: 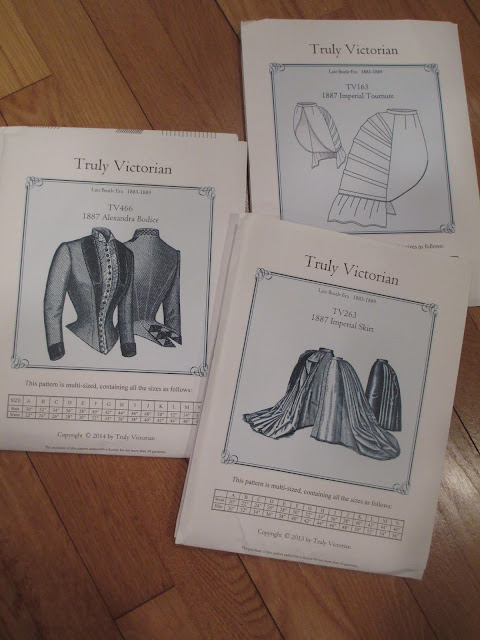 Now all I needed was a solid, light-colored fabric (preferably silk) to use for the faux vest at the center front of the bodice.  I ordered a couple of swatches from Renaissance Fabrics: 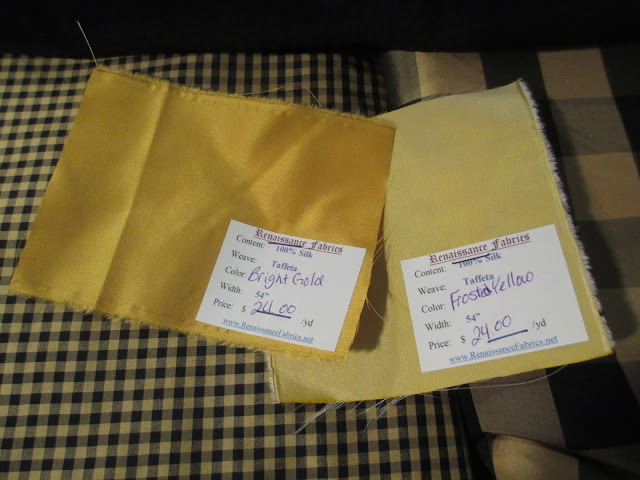 I think the Frosted Yellow is going to be perfect!  Now how much to order?  One yard would be great plenty for the bodice center, but should I get extra for an overskirt?  And I want to make an evening bodice as well, but I haven't settled on a design for it yet.  Would I want a solid yellow bodice?  Or even a solid yellow underskirt to switch out with the checked one?  Decisions, decisions...

I also haven't entirely figured out which checked fabric I will use for the bodice, overskirt, and underskirt.  Should I keep it simple and just use one fabric for the whole thing?  Or mix and match?  Should the overskirt apron be symmetrical or asymmetrical?  I think I need to start draping things on a dress form and see how they shape up.  Wish me luck!
Posted by Chelsea at 2:07 PM