Two whole months ago - September 9, 2017 - Brian the Engineer and I took our new little one to her very first Regency Society of Virginia picnic!  And we asked our friend Stephen of Modest Monkey Photography to join us as a sort of unofficial photographer for the event.  He got some great photos, which you can see throughout this post.  Unless otherwise noted, the rest of the photos (and there are a lot of them!) are by me or Brian.

I wore my white Sheer Striped Gown over my Regency stays (for the first time in over a year) and a quickly jury-rigged white petticoat with shoulder straps.  Reptar wore the simple drawstring dress and eyelet cap I made for her just before the event.


Brian the Engineer wore his old standby Blue Linen Tailcoat and Green Spot'd Waistcoat (I really need to make him a new waistcoat!) and his favorite sunglasses (purchased at Colonial Williamsburg).


Daddy and daughter were quite popular subjects for photos! 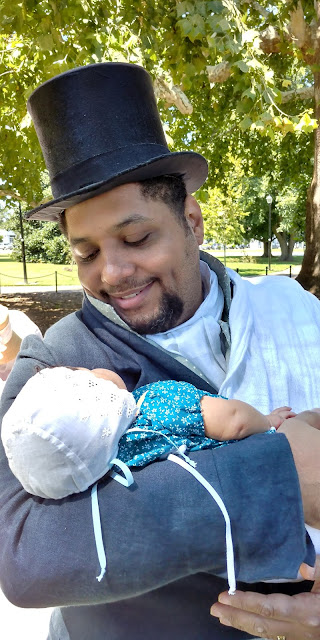 Our friends Will and Stacy knew we were bringing Reptar, so they brought along a cradle for her to lie down in: 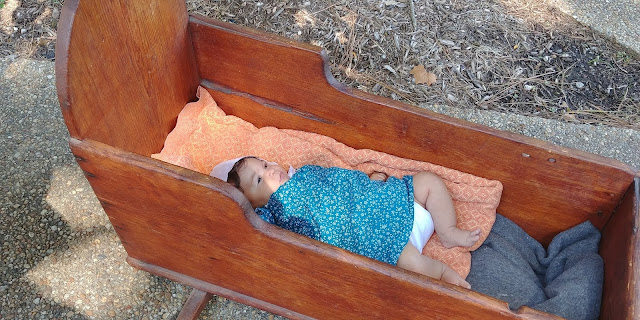 But she wasn't in there long!  There was always someone willing to hold her, it seems:

Before the meal, a group of us took a tour of Francis Land House, where the picnic was hosted.  I had never been there before, and I very much enjoyed the tour - and learned a lot! 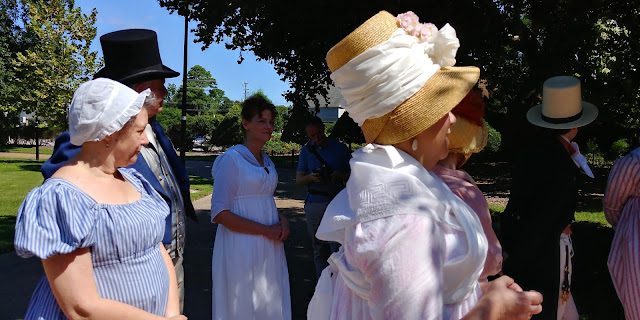 So many Shocking Bad Hats were in attendance!

They are just as fabulous from the back! 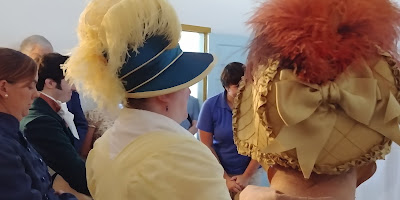 Stephen took advantage of the beautiful lighting in the hallway to get some portraits of me:

This room was my favorite: 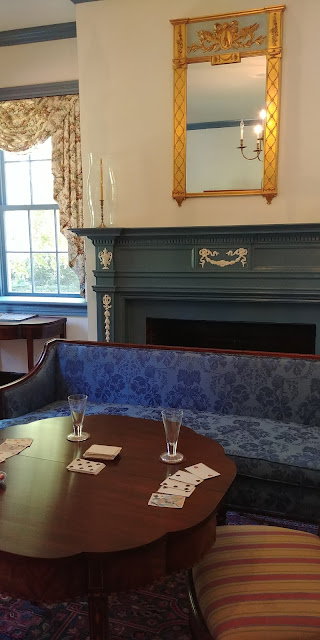 I stole a shot out of the window, spying on the remainder of our group: 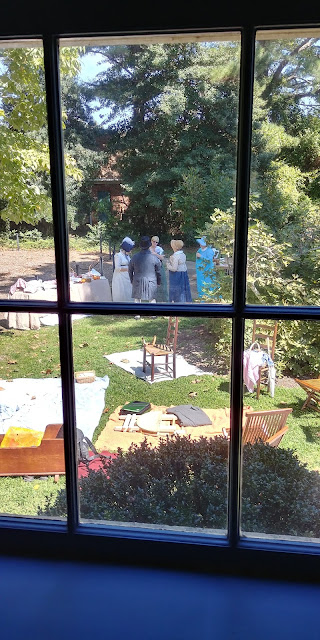 Our guide talks about the most expensive item in the room - the ladies' sewing table! 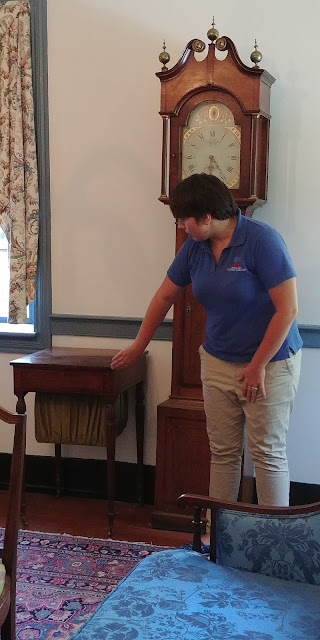 Stacy just looked like she belonged in that room: 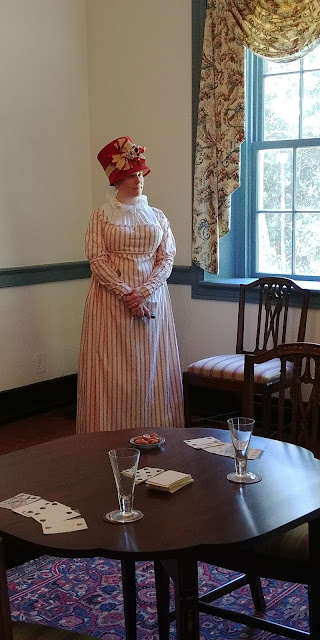 Once the tour was over, it was time to eat!  I took no photos of the food, being too hungry to pause.  But after the picnic, there was more socialization.  Some played cards, some played Graces, and some took a turn about the garden.

Heather had brought a bit of sewing: 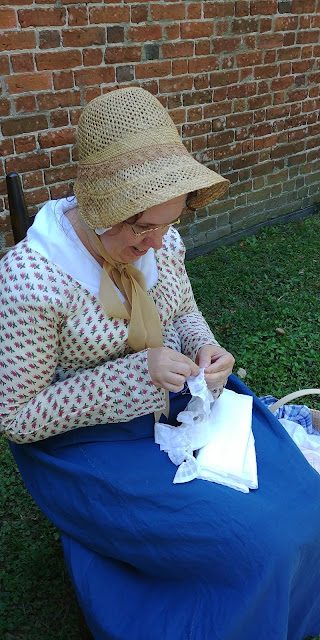 More photos can be seen on the RSV Facebook page here.

And Reptar needed lunch, too: 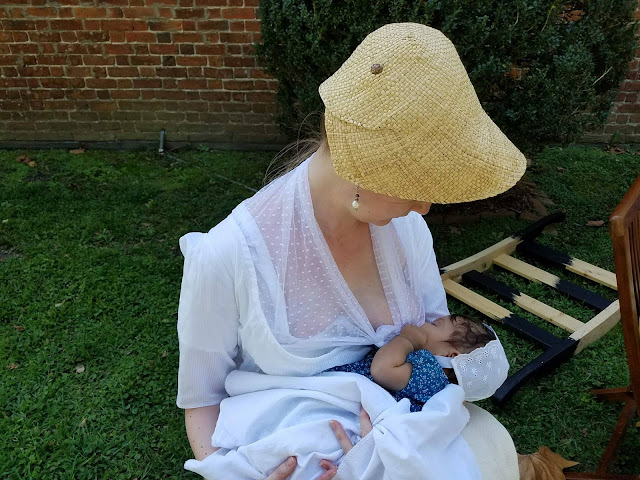 Brian the Engineer lived up to his name, and engineered this baby carrier for me from a blanket: 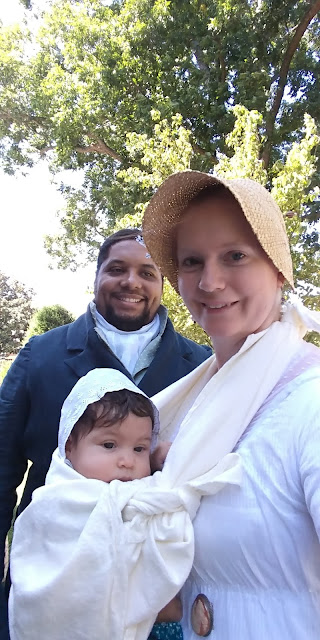 But it worked great! 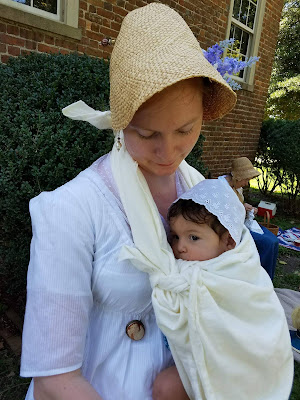 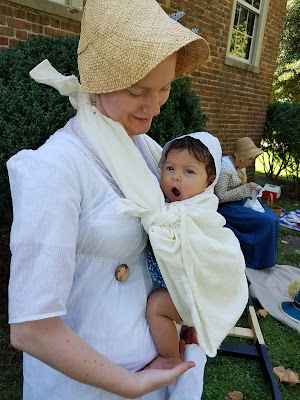 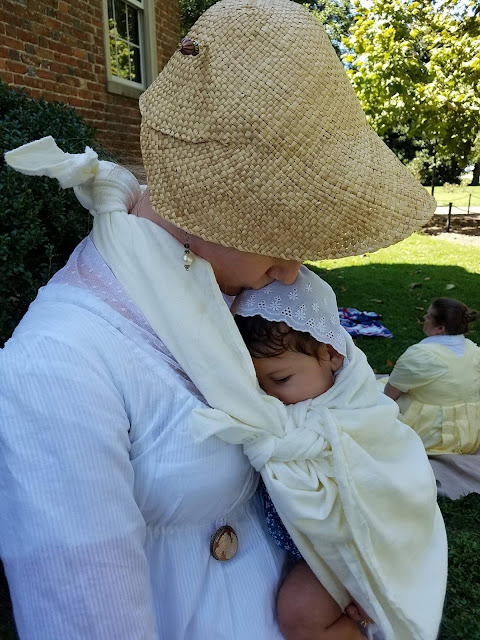 I also got some shots of her in her new dress and cap: 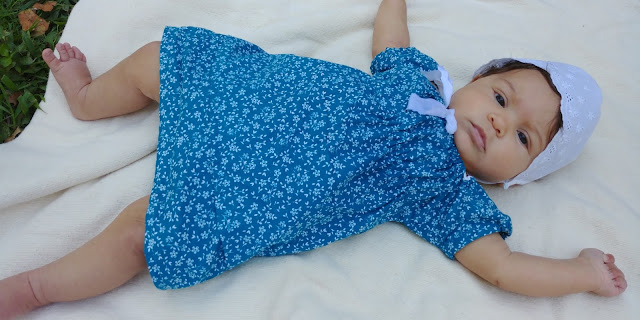 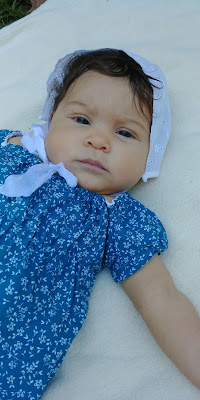 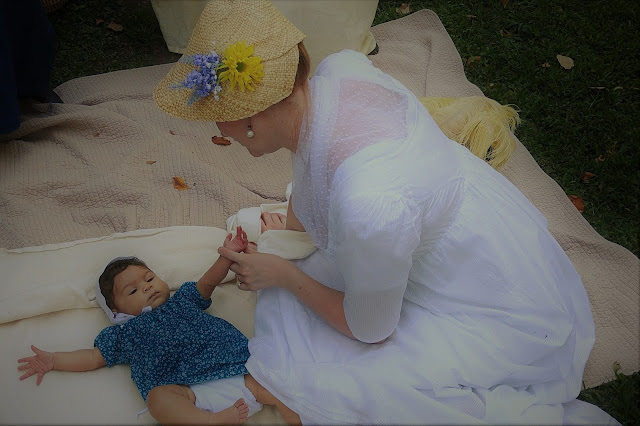 And the obligatory sonic screwdriver pics: 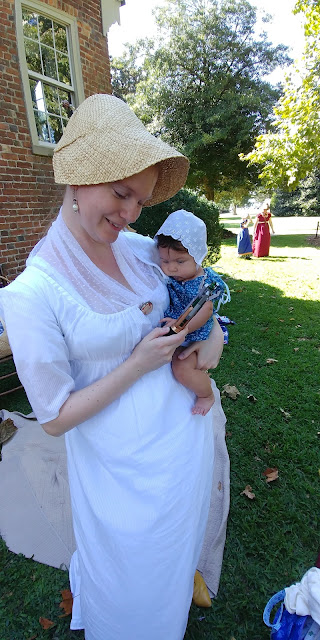 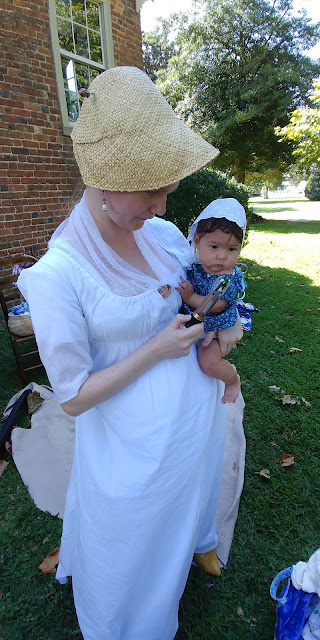