Brian the Engineer and I have decided not to post her name on public social media - at least until she's old enough to consent to that herself.  So here on my blog her name will be Reptar, which is a nickname my brother gave her back in September when he first learned he would be an uncle.

So without further ado, here are some select photos of Baby Reptar: 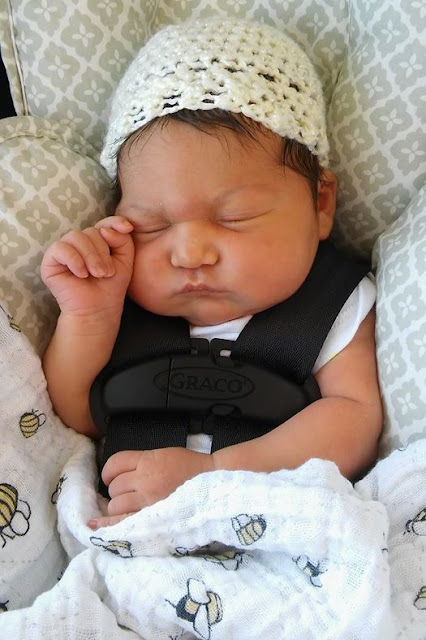 I made the hat for her, but forgot to thread a ribbon through it before I packed it for the hospital.  So when we got home I put in a blue ribbon: 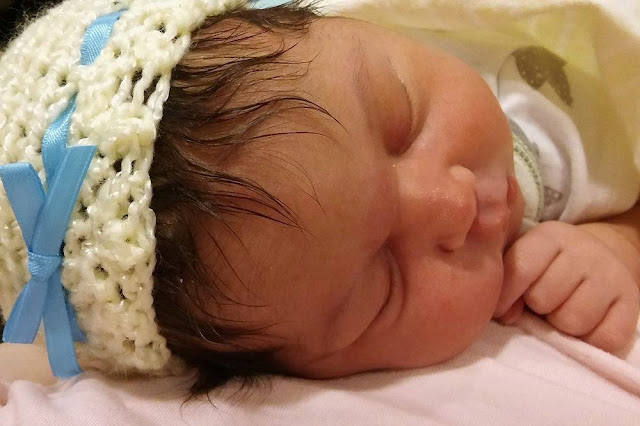 I had also crocheted several pieces from a One Skein Wonders book, using this beautiful lavender cotton yarn: 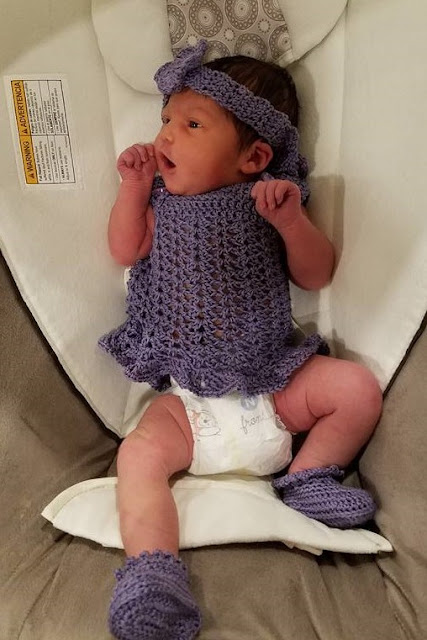 The dress and the booties are in newborn size, and they were already too small when she was four days old, so she only wore them for these photos. 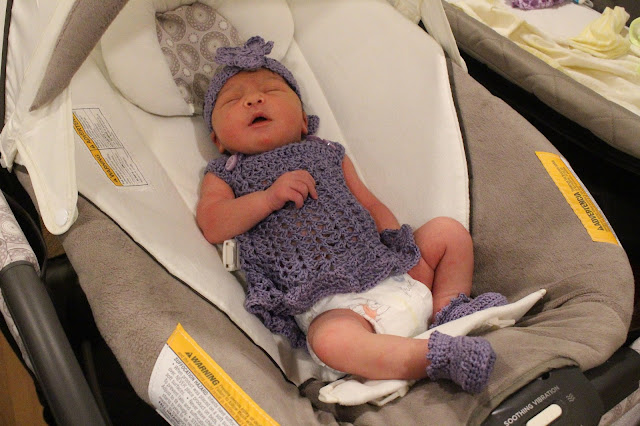 And she kept kicking off the booties!  :p 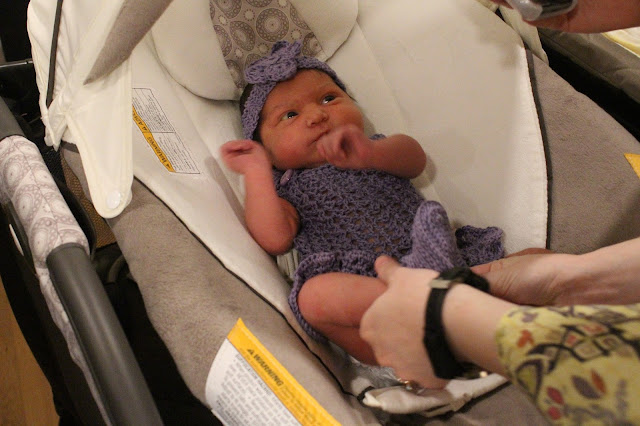 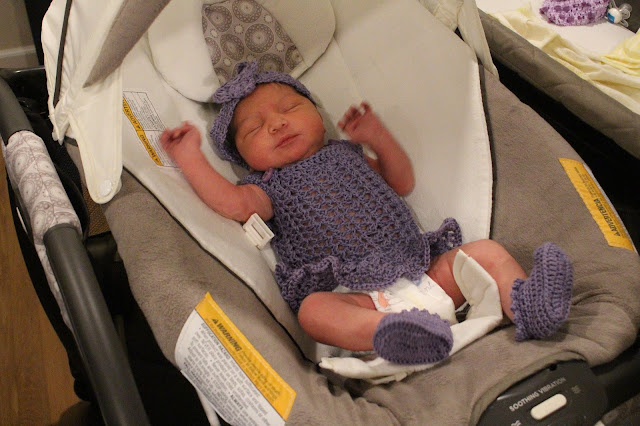 The headband was made without a pattern, just me making it up as I went along.  It is adjustable so it will fit her for a while.  Not sure how she feels about it, though: 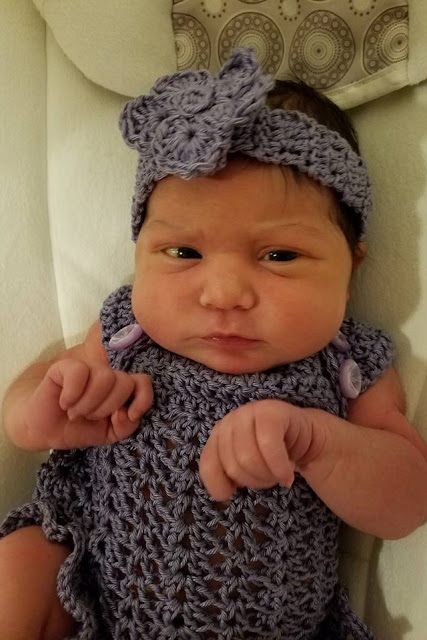 So far I've only crocheted things for her.  I have plans to sew her many things, and hopefully I will find time to blog about them, but for a while I expect there will be few updates here.  I have a mild case of Mommy Brain, and a major case of Must-do-all-of-the-things!
Posted by Chelsea at 9:29 PM

Email ThisBlogThis!Share to TwitterShare to FacebookShare to Pinterest
Labels: About Me, Reptar