My first big commission was completed several months ago, and I'm just now getting around to blogging about it.  I have an excuse, though.  In the intervening months I have taken on and finished two more commissions of similar magnitude, and I will be blogging about those soon.

The only in-progress photos I took of the project are these three pics of the pad-stitched collar:

The final coat turned out rather well, if I do say so.  We opted for a single-breasted front, closed with two buttons on a chain.

The red wool waistcoat provided a beautiful contrast to the navy wool coat.  Both fabrics were purchased from Burnley & Trowbridge. 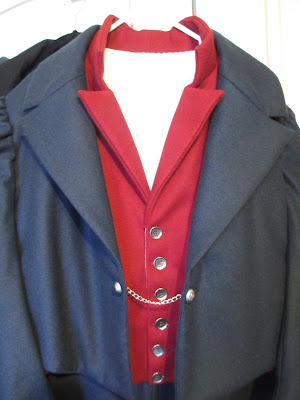 The client requested all silver buttons. 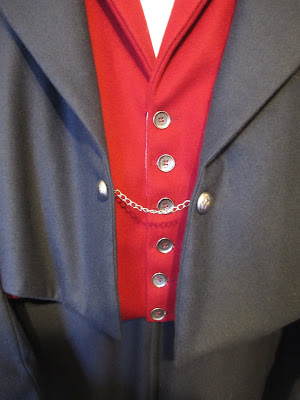 When he came for his final fitting, the gentleman was kind enough to bring his full outfit so I could take these photos for my website: 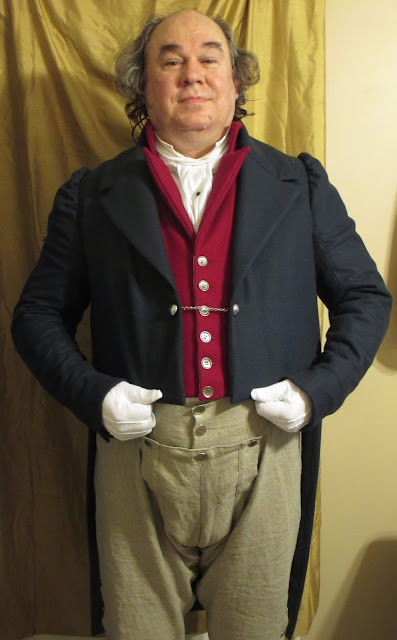 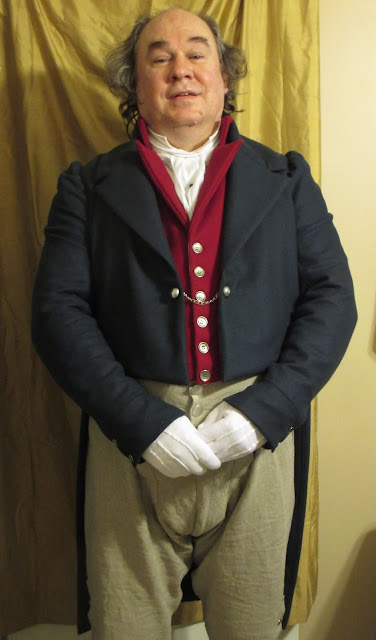 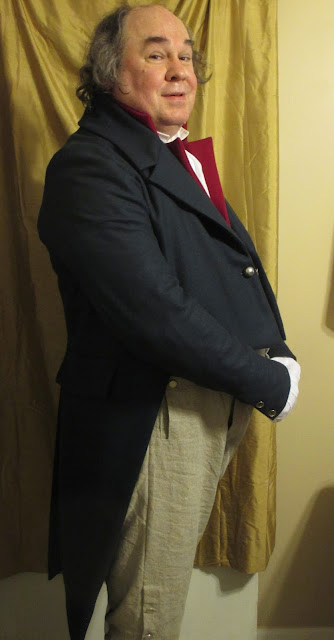 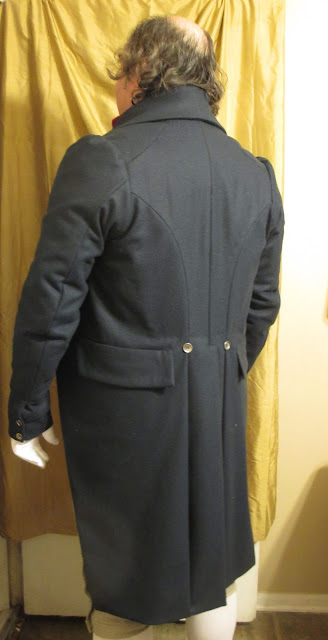 Looks rather good, doesn't he?   He wore the ensemble to a ball the following weekend.