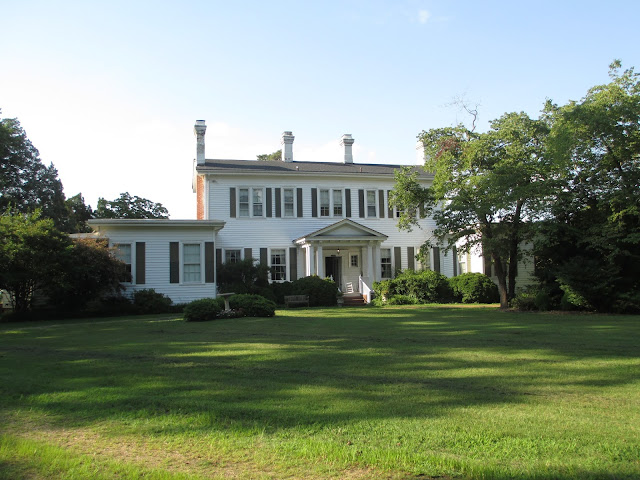 Over the July 16 - July 19 weekend, I was fortunate enough to attend a fantastic Regency-themed retreat with eleven other ladies of the Regency Society of Virginia.  We traveled to Eastover Manor on the James River, where we stayed for three nights and two full days.

This was my bedroom - shared with two other ladies - for the weekend! 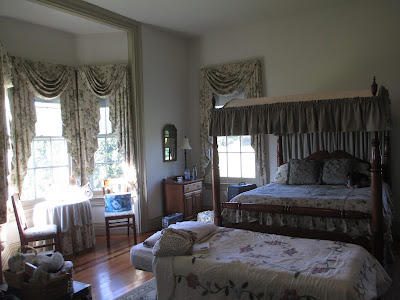 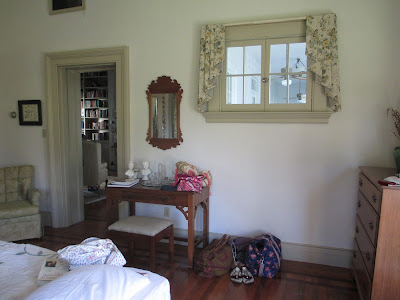 We had the complete run of the house, which has five bedrooms, a library, a parlor, a dining room, kitchen, and sunroom.  We also had access to the extensive grounds, including a garden, spacious back lawn, and two walking/hiking trails down to the river.

My room was off the library.  Here is the view from the doorway of my bedchamber: 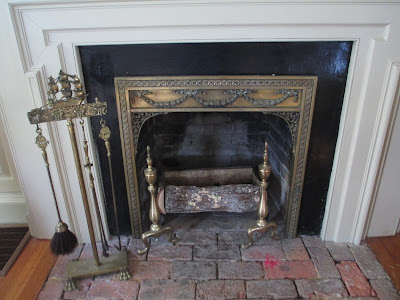 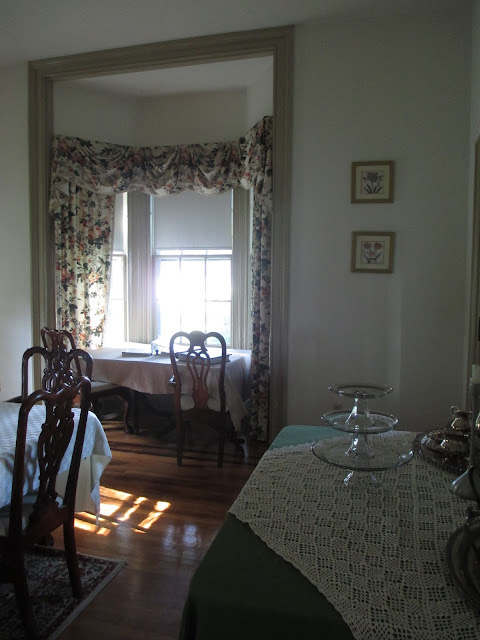 We began arriving late Thursday afternoon, wending our ways through winding country roads surrounded by trees and lush vegetation on all sides.  One of the first things I noticed upon arrival was the myriad butterflies flitting and floating about the front of the house. 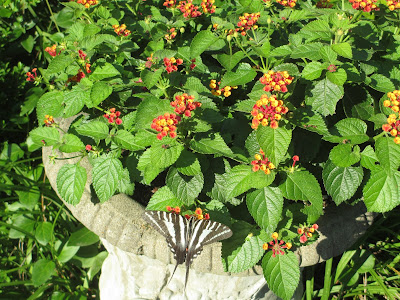 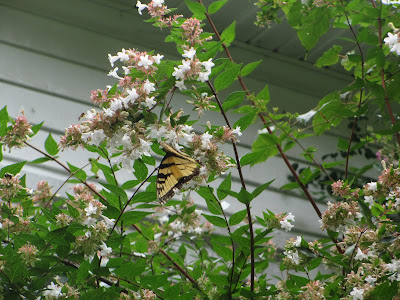 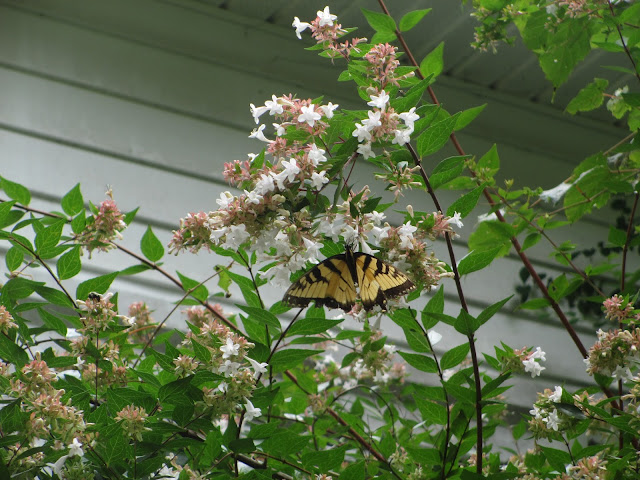 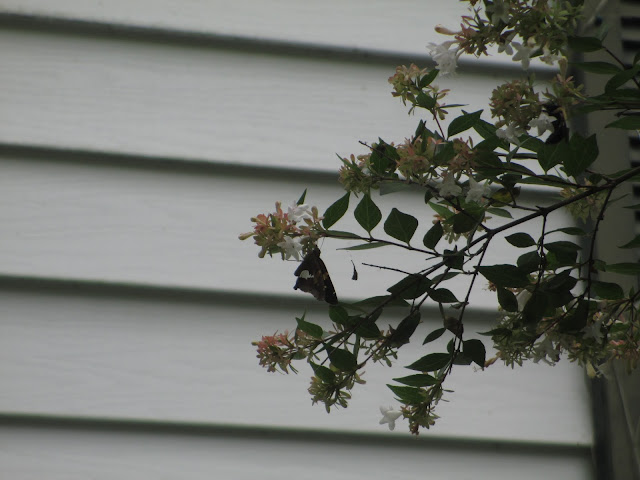 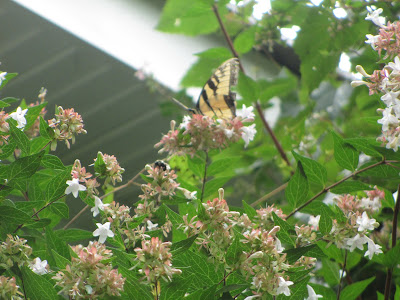 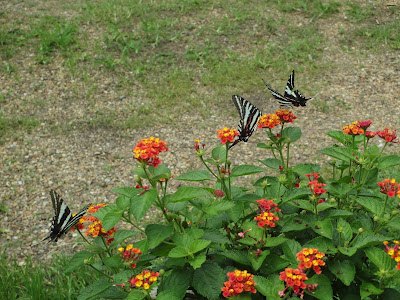 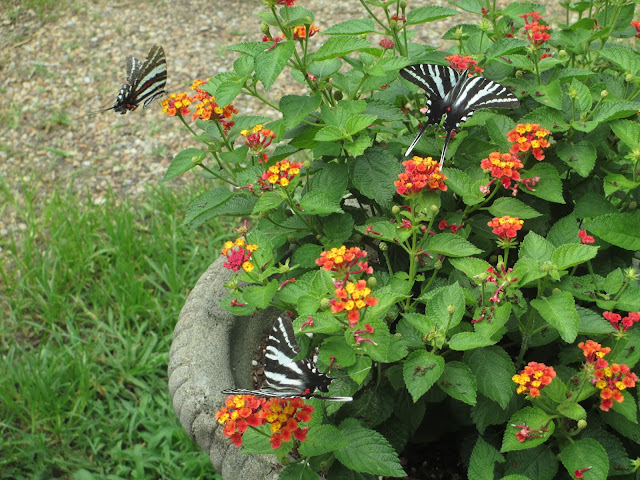 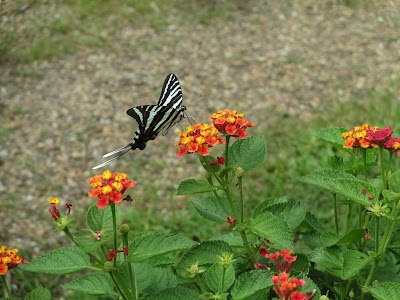 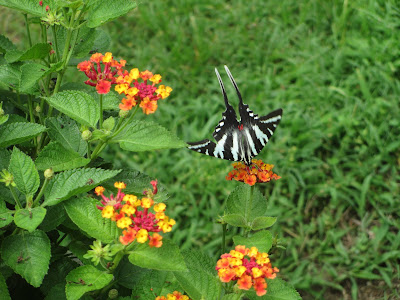 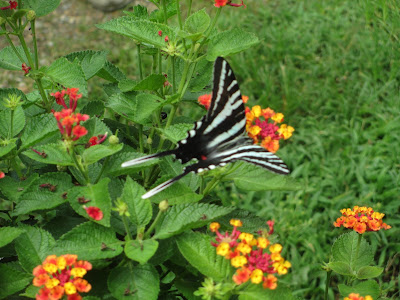 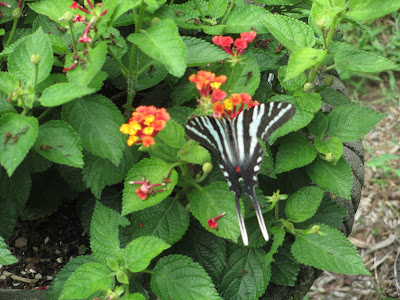 (I may have taken too many photos of butterflies...)


We got settled in and had an excellent dinner of quiche and salad followed by brownies and cookies, which we ate in the library while watching Pride & Prejudice on the DVD player. 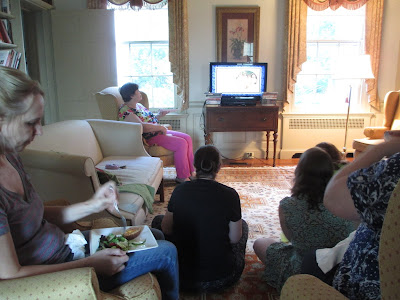 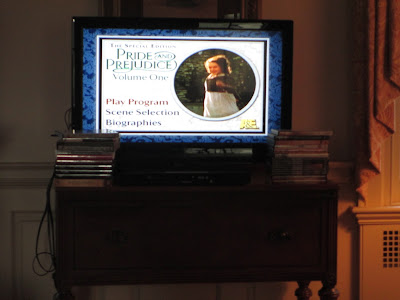 Would you believe I had never seen the BBC version of P&P?  My fellow RSV members couldn't believe it either when I announced that fact somewhat shamefacedly last year at the annual RSV meeting.  In fact, it was this shocking revelation that ultimately led to this retreat happening, as there was much "You HAVE to see it!" and "We should have a Regency slumber party and watch it!" going around.  And mission accomplished!  Now I have seen it and understand what all the fuss is about.  It was quite delightful.  :)

Some of the ladies had brought along several Regency fashion books, which got thoroughly perused during leisure time (of which there was quite a lot!)


I brought out my sewing at this point, because I was determined to finish a dress I had started earlier that week.  I had originally planned to finish it before the retreat, but first I had to make a bodiced petticoat to wear underneath, as I was using a somewhat sheer fabric for the dress itself.  I will dedicate a full post to the dress after these, but I will refer to it several times in the following posts as the Yellow Sprigged Dress.
Posted by Chelsea at 7:31 PM