I realize it's a little late in my pregnancy (I'm due June 2) to be starting on maternity clothes, but I got excited!  My friends are throwing me a vintage-themed baby shower on Saturday, and I thought it would be fun to dress up for it.  Because duh.

So about a month ago I bought some original vintage* maternity patterns on Etsy and Ebay.  I chose styles from the 1940s, which is probably my favorite 20th Century decade: 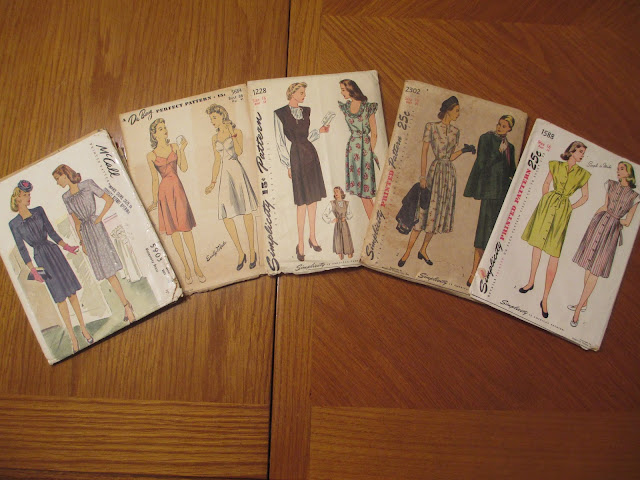 In addition, I have several retro* patterns for nursing clothes that my mom gave me from the 1980s: 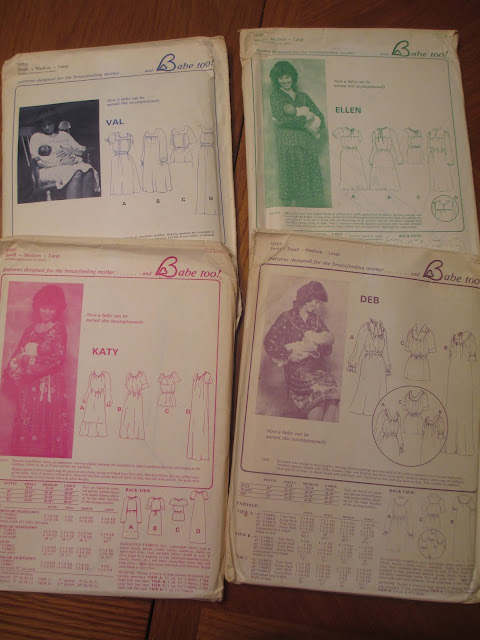 The 80s are NOT my favorite 20th Century decade, to put it mildly, but I think I can update these styles a little bit to make them more cute and modern.  They definitely seem like they'd be useful!

My goal is to make these dresses with fabric already in my stash.  I'm also going for comfort, so I pulled out several old cotton sheets, which I've collected from various sources such as thrift stores: 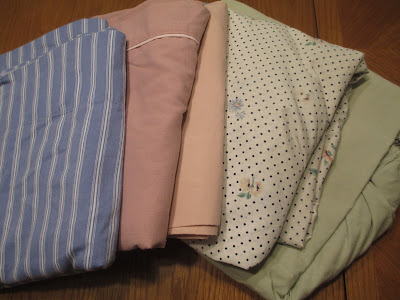 I did buy one length of new fabric - the floral one on the far left - but it was on sale at a quilt store: 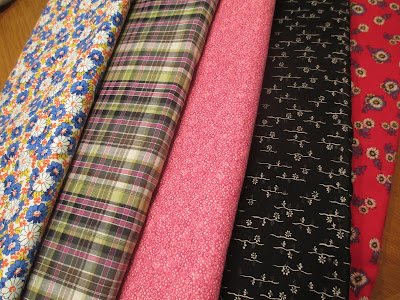 The other fabrics above are ones that I've bought over the years with no real project in mind, though the red floral on the far right was always intended for something 1940s.  I have at least two yards of each, and three of some. 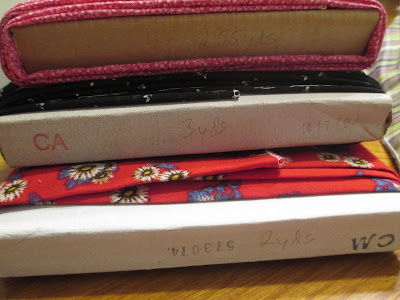 Now one of the interesting things about these original vintage patterns is that the yardage they call for indicate fabric in widths of 35", 39", or 41".  My fabrics are all either 45" or 60", so naturally I'll need less yardage than the patterns call for.  To be on the safe side, because I'm estimating, I jotted down the yardage required for each of the styles I planned to make in the same size on each envelope:

So here are the fabric choices I made:

Another interesting thing about these vintage patterns is the very clear indications of wartime economy that went into making them.  I mean, not only do they all call for very little fabric - especially for maternity clothes! - but the instructions themselves are printed so frugally: 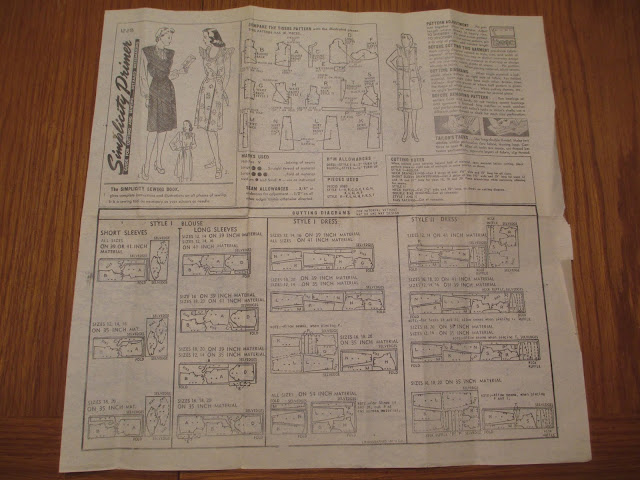 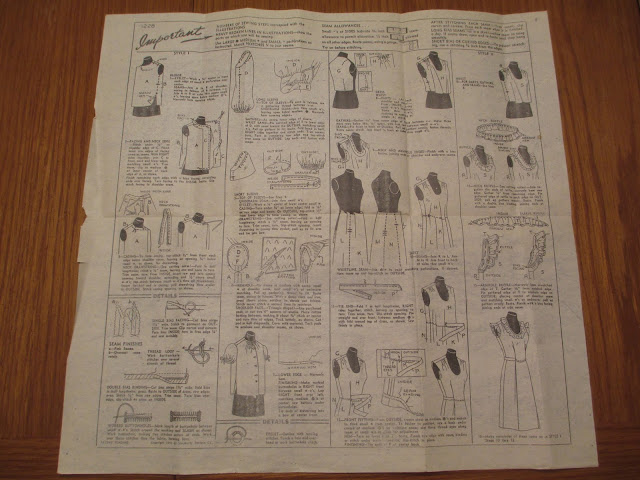 That's it.  One sheet, printed on both sides with very little space in between illustrations.  I love it.

I did find a few slightly damaged pieces in a couple of the patterns (which were all complete): 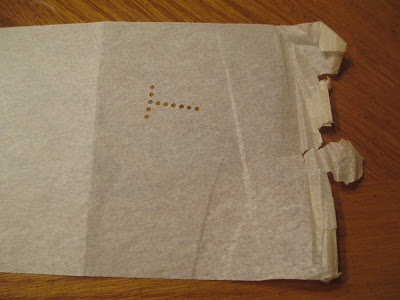 I did some research on repairing patterns and found this helpful tutorial at Pattern Patter.  I ordered the recommended archival tape, Filmoplast P, and I can attest that it works great: 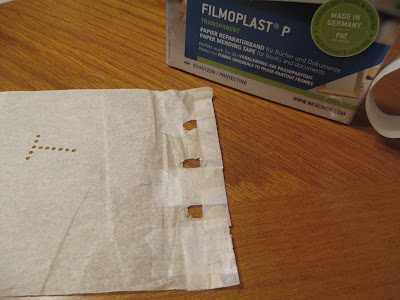 Another interesting thing about these patterns is that most of them came with the paper pieces already cut, and of course they're all one size each.  This is very different from my experience with modern* multi-sized patterns printed on large sheets of tissue paper.  (This is my first time working with real vintage* patterns, so forgive me if my observations are painfully obvious for those of you who have done this sort of thing before.)

I have actually already finished one of these dresses, but I'll do a separate post on it soon.  I need to get to work on the next one if I want to be able to get all of these finished (and worn) before the baby arrives!


*I classify clothing and patterns in the following way:

This is just my personal classification system, and I adhere to it only loosely.
Posted by Chelsea at 11:21 AM