Back in April, I finally attended the Fort Frederick annual 18th Century Market Fair for the first time. 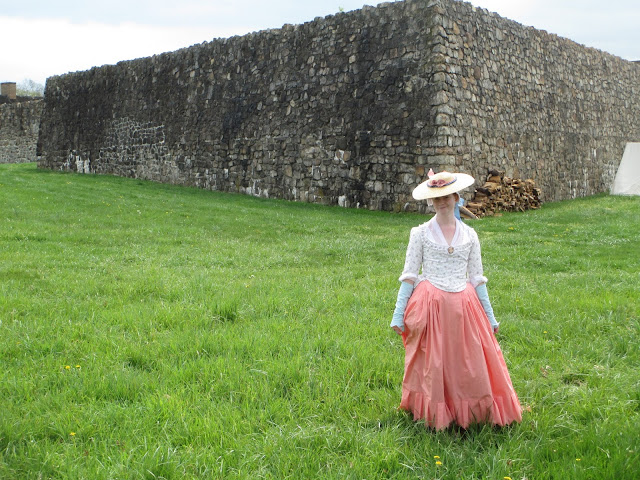 I already blogged about my ensemble for the day here, but I never got around to posting about the actual event!  I went with two of my good friends, Elizabeth and Carlie:

Since it's rather far from where we all live, we drove up on Friday after they got off work and shared a hotel room.  Elizabeth helped me attach the ruffle to my petticoat while Carlie finished something last-minute on her gown, which she made herself.  It was nice to not be the only one sewing feverishly the night before an event for once!  :p

We started the day by touring the fort itself, which was very cool.  We met a camp of soldiers inside who were telling us the history of the fort, and pointing out where the walls had been built back up and the foundations of buildings that aren't there anymore. 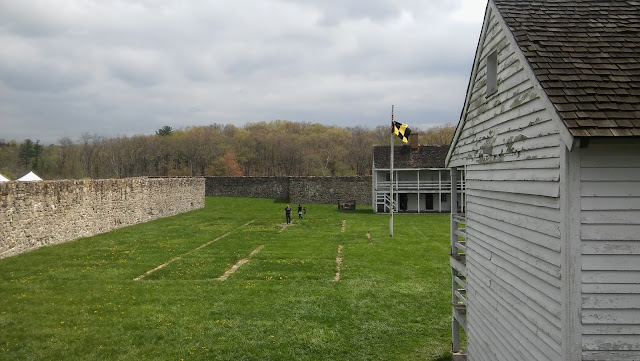 There was one spot where we could climb up a flight of stairs to look out over the wall, which turned out to be a very windy spot:

It was so windy, in fact, that my hat blew away!

The view from the wall was very nice, despite the wind. 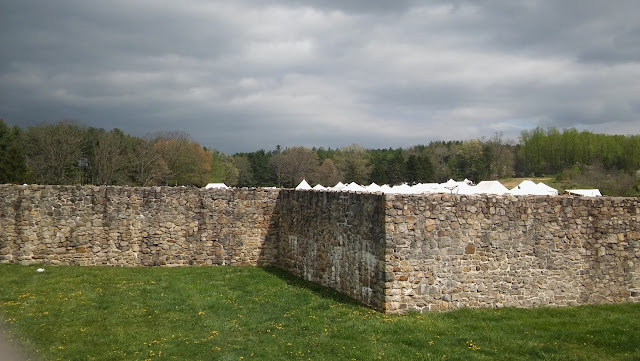 We spent the rest of the day roaming around the tents, browsing and shopping.

We took a break at midday for a picnic lunch in the parking lot, then hit the tents again.  There were so many vendors, it was impossible to see them all in one day!  I think we got to about 75% of them, though.  The site map they gave us at the entrance was very helpful.  My feet were killing me by the end of the day, but it was so worth it.

Naturally, we got pictures of the sonic screwdriver in action:

And I finally found purple wool!  I'd been looking for some for a while, because Brian the Engineer has requested a purple greatcoat.  I was so pleased to find it, and it was a good price, too!

One last shot of the three of us before we had to head home: 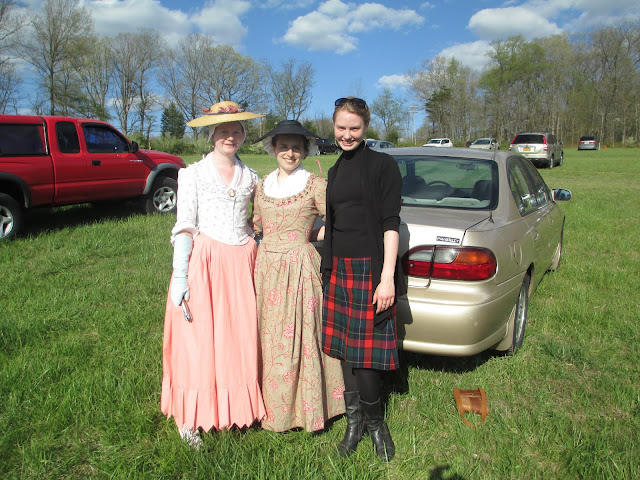 It was such a fun event!  Next time I'd like to go for two days, though.  It really is too much to do in one day.
Posted by Chelsea at 5:39 PM