I haven't been sewing much for myself lately, because it turns out a baby takes up a lot of time!  But I have made a few fun things for Reptar, including a sweet little Regency outfit.

I started with this scrap of eyelet lace: 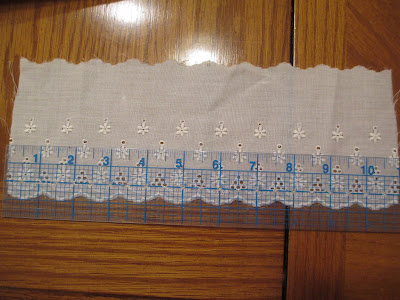 Which I decided was just enough to make the brim of a baby cap:

I cut a dome-shaped piece of white cotton voile to make the back of the bonnet: 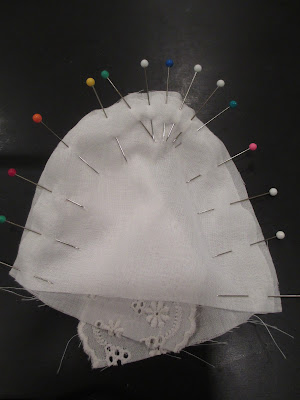 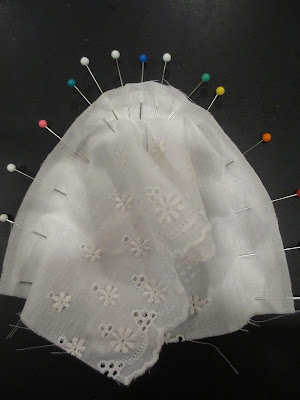 And stitched it together by hand: 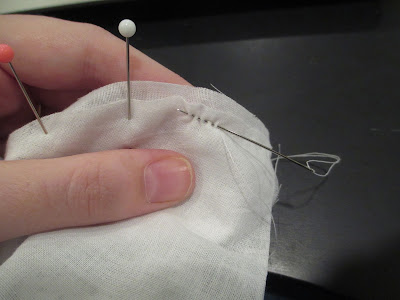 I don't have photos of the rest of the construction, but I flat-felled the seam (which is why the seam allowances are offset above) and bound the lower edge of both pieces with a bias strip of the same voile.  I gave it a drawstring in the back and silk ribbon ties at the front.

Now I just needed to make a dress to go with this adorable wee cap!  And I needed to work fast, so she would get a chance to wear the cap before she outgrew it.  I decided to use a remnant of a teal cotton print I had bought at JoAnn's.  The piece was not quite 14 inches wide, so I had to be strategic in my use of fabric.

I used the pattern that I had drafted from this baby dress (link goes to my new modern-sewing blog) as a basis for roughly how long and wide to make the skirt portion of the Regency dress: 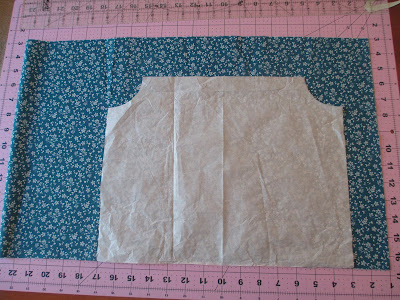 Once I had removed the excess fabric on the left to make the two sides even, I cut out the sides below what would become the sleeves: 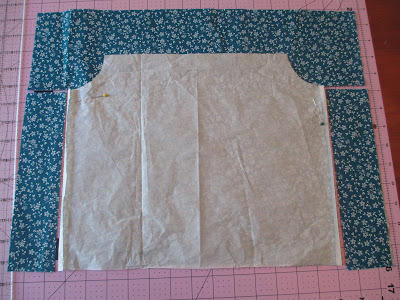 Then I moved the excess fabric down to the hem to create more length: 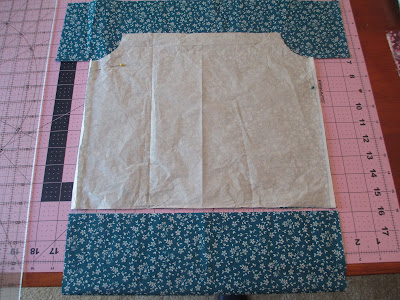 And I cut out a neckline, with the front an inch lower than the back: 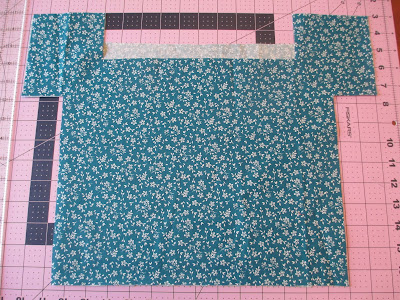 I ended up sewing the entire thing by hand, largely because I realized that the first thing I needed to do was add tiny gussets under the sleeves, or my poor baby would never be able to move her arms.  I tried to sew in the first gusset by machine, but that proved to be much too difficult and time-consuming.  So once I had those in by hand and flat-felled the seams, it made sense to just continue sewing the whole thing by hand.

Here is the finished dress: 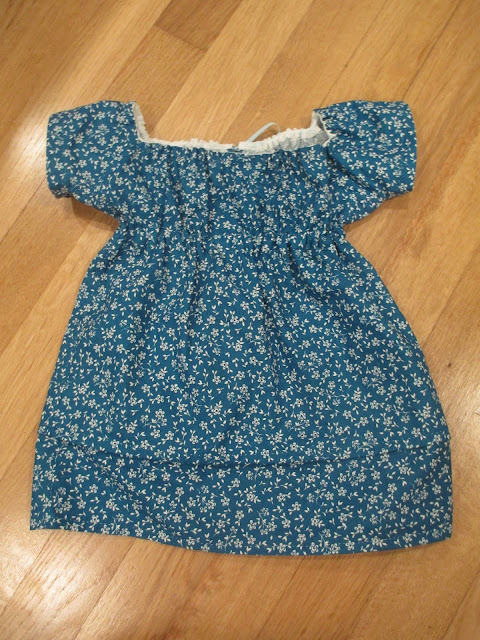 I attached the extra fabric at the hem by enclosing the top edge into a narrow hem, which created a decorative tuck.

I used bias strips to create drawstring casings along the neckline and around the body of the dress below the sleeves: 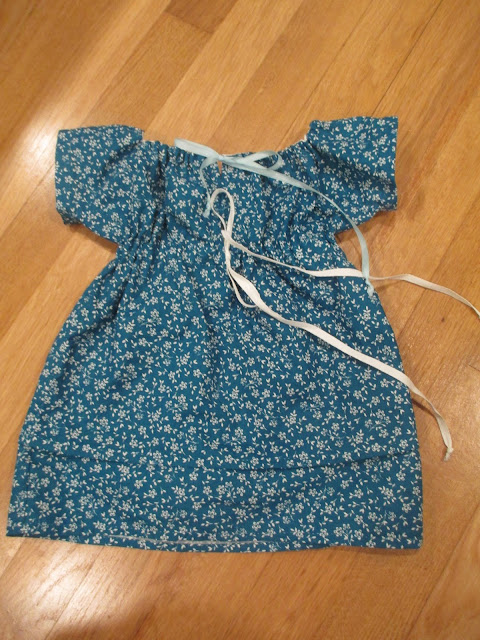 I ran out of narrow twill tape, so I ended up using light blue satin ribbon for the neck drawstring.

The back opens down to just past the waist drawstring. 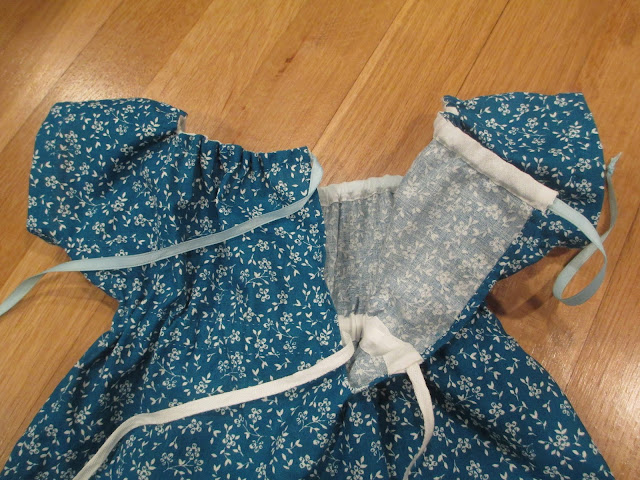 I finished the opening with a narrow hem and buttonhole stitching around the point to reinforce it: 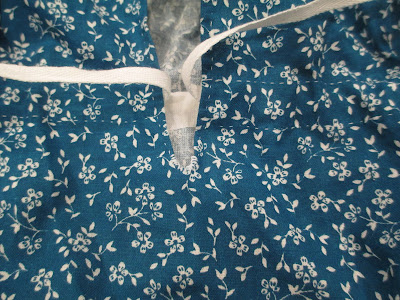 Here's a shot of an underarm gusset, showing the stitches on the outside from where I flat-felled the seams: 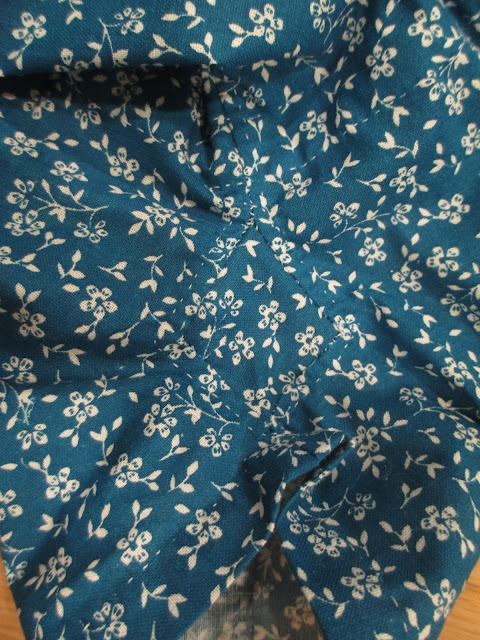 I stitched the whole thing in white thread, since the print is so busy that you can't see the stitches unless you're looking for them.

And here is Reptar wearing her new outfit!  (Well, new a month ago.) 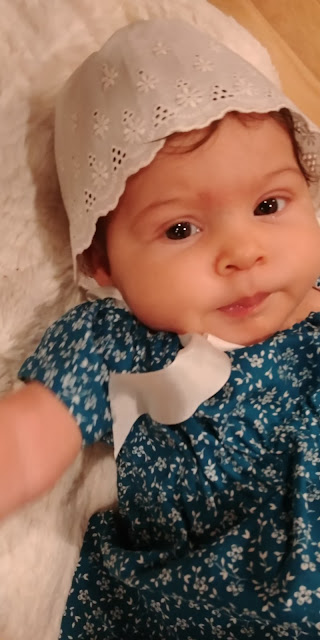 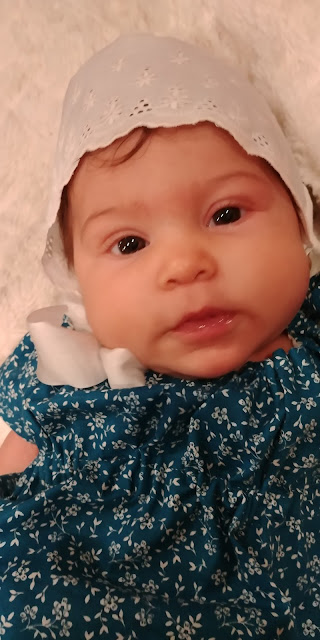 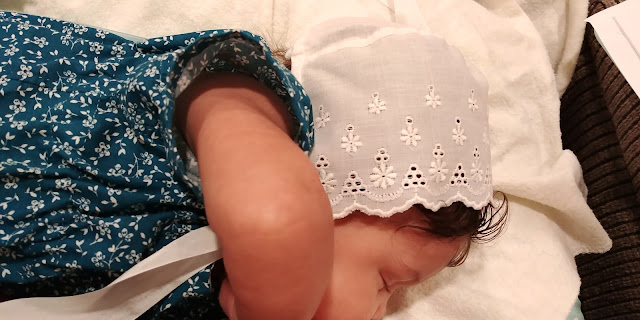 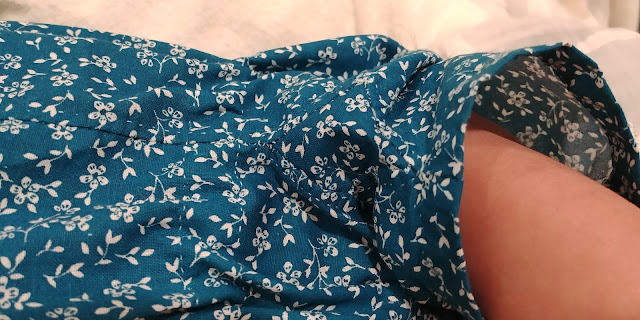 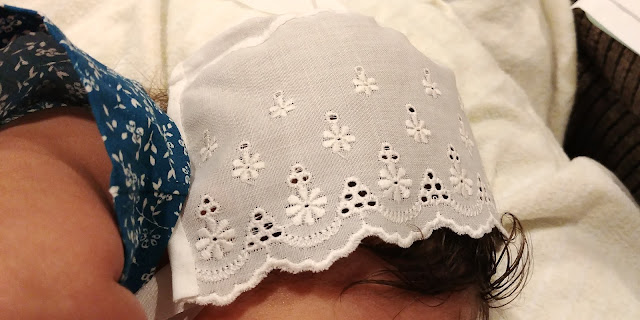 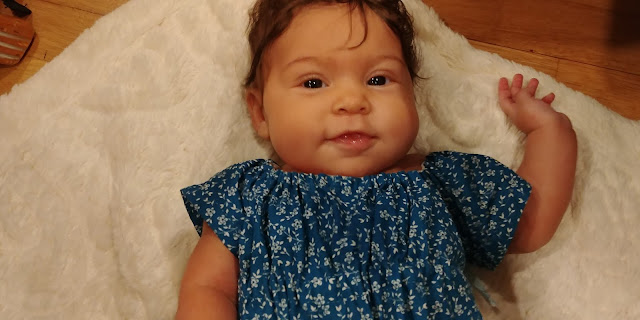 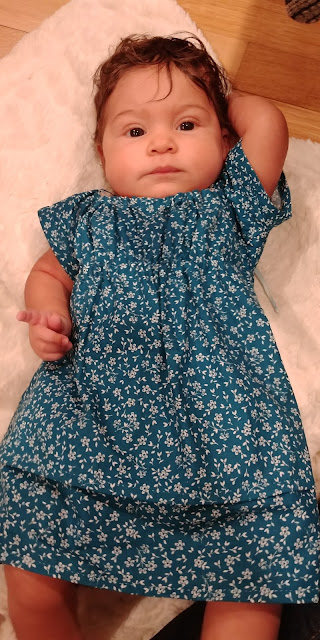 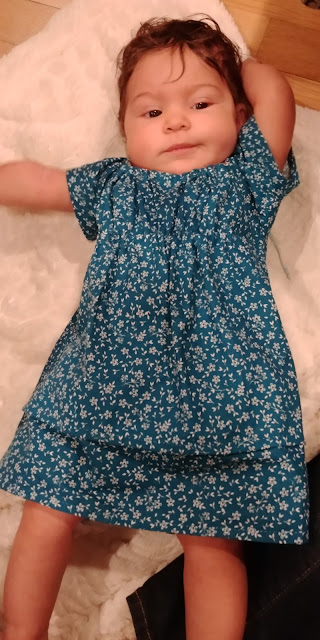 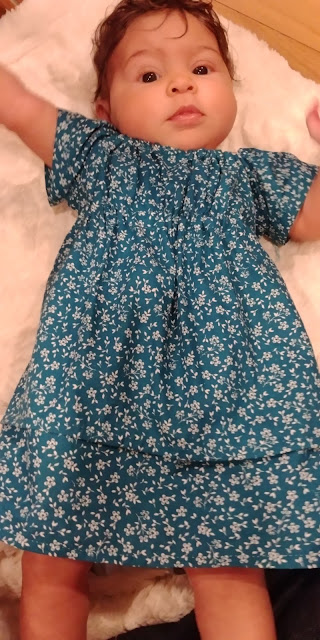 I took these photos of her when she was two days shy of three months old - just before a Regency picnic (which I will blog about soon!) that was to be her first historically costumed outing!
Posted by Chelsea at 6:11 PM