I finished a new 18th Century ensemble!  Remember my block-printed fabric?  This is what I made with it: 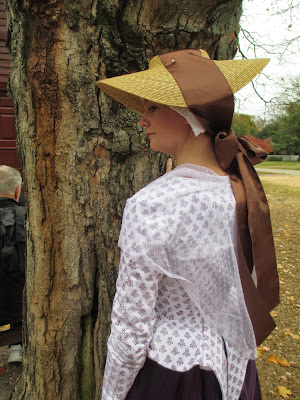 I was attempting to recreate this jacket, which I fell in love with years ago:


I wore the jacket with a newly-finished purple linen petticoat to Colonial Williamsburg on Tuesday. Brian the Engineer and I took Jordan and his girlfriend Zöe there for the Veteran's Day festivities.  In between touring the Magazine, the Artificer, the Peyton Randolph house, and the Governor's Palace, we fit in some time to take a few pictures. 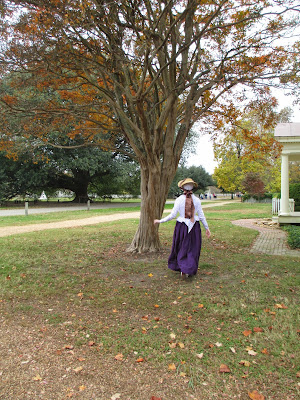 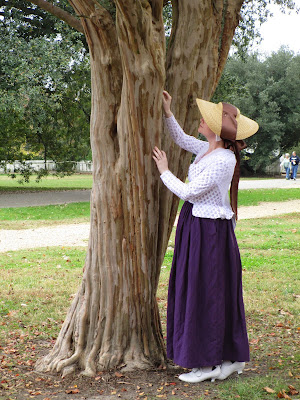 We took these photos in the Peyton Randolph house, which I had never toured before: 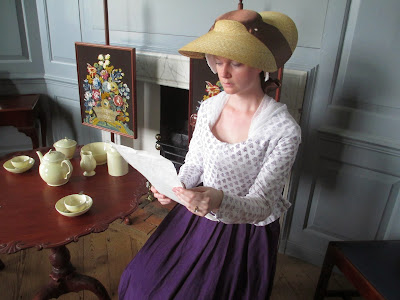 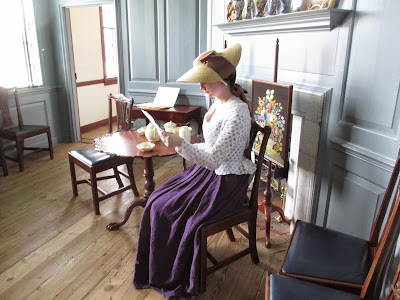 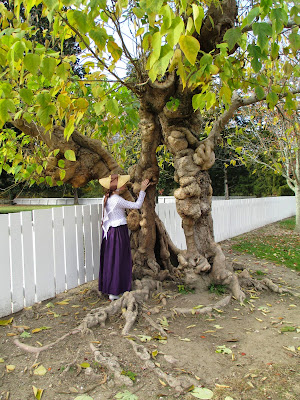 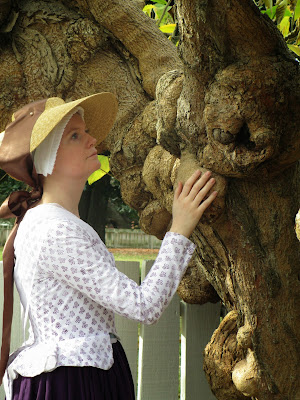 These were in the Governor's Palace: 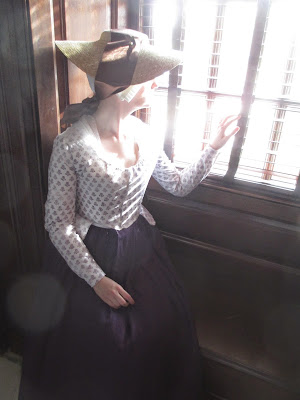 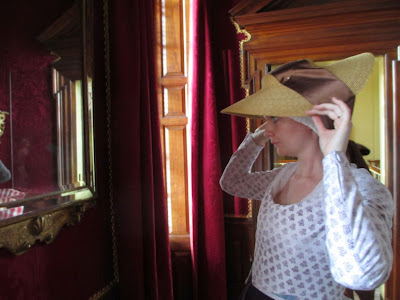 On the Palace grounds: 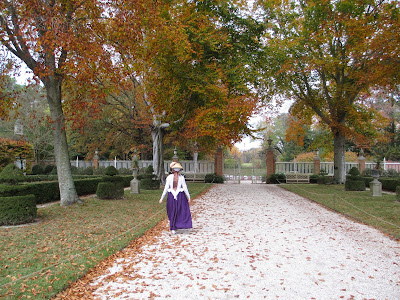 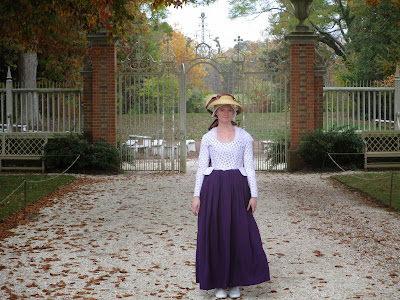 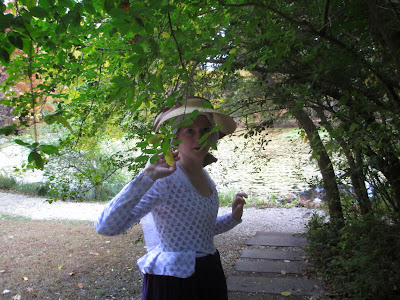 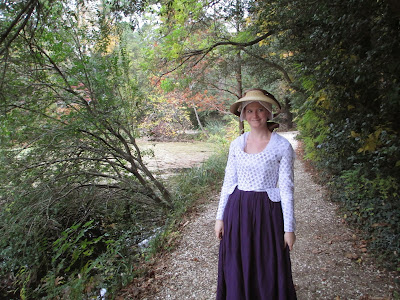 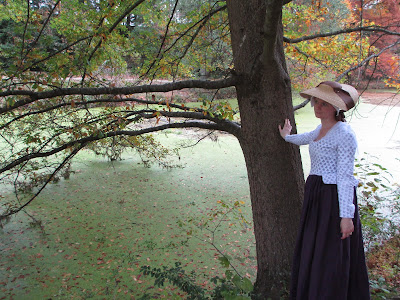 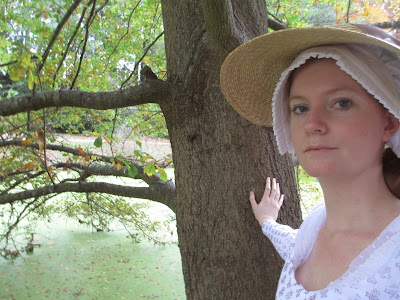 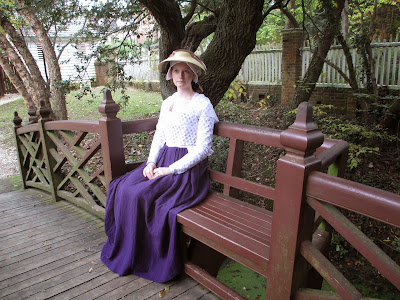 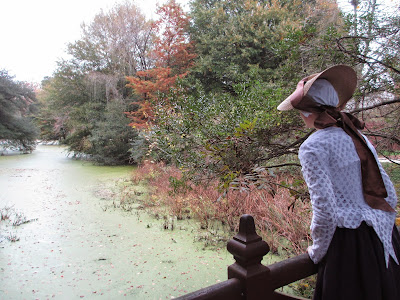 We took a carriage ride, naturally: 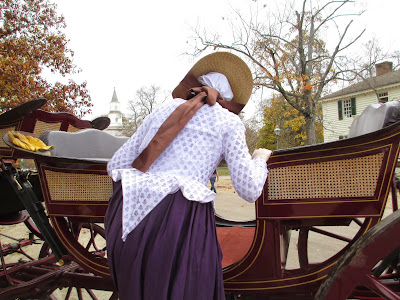 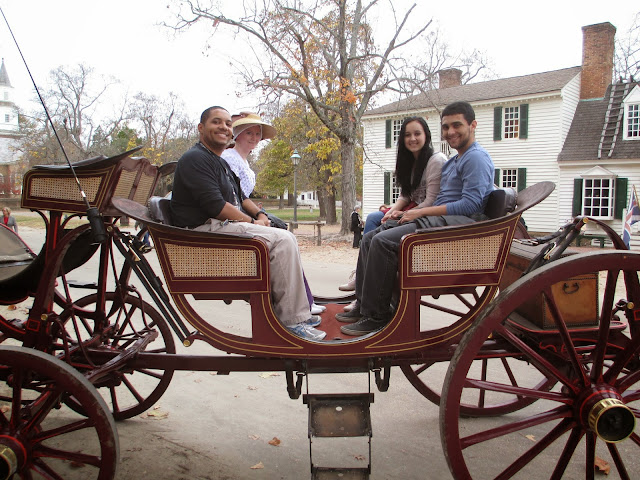 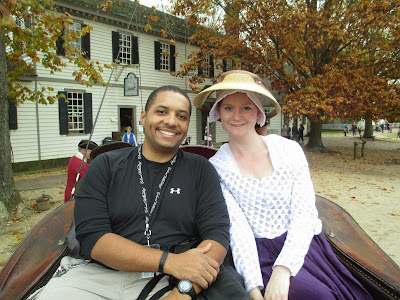 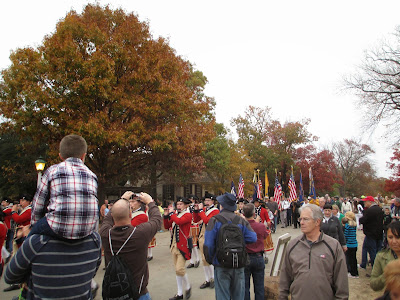 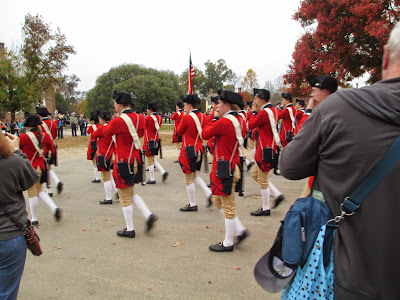 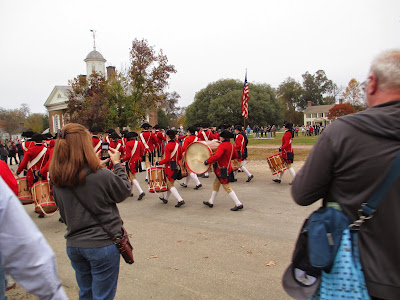 All veterans visiting the Revolutionary City were encouraged to march in the parade. 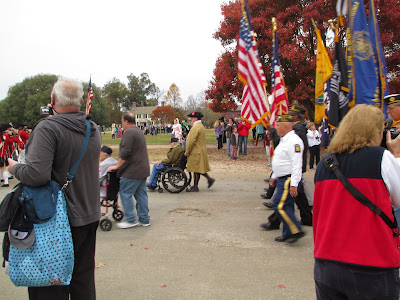 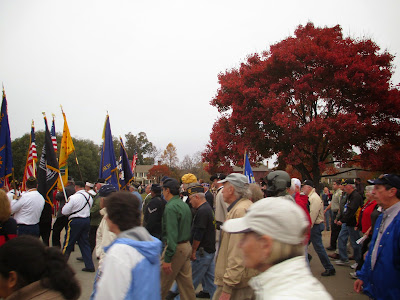 And then we were back to the present for dinner at Golden Corral.  :p
Posted by Chelsea at 5:20 PM